WHO calls for worldwide use of 'smart' syringes

Up to 1.7 million people were infected with hepatitis B through an unsafe injection in a year, says UN body 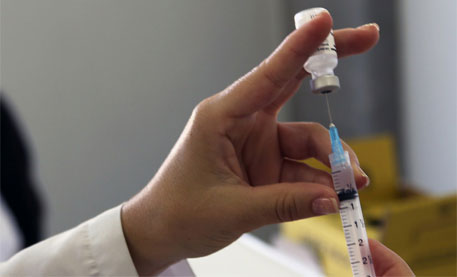 Millions of people could be protected from infections acquired through unsafe injections if all health-care programmes switched to syringes that cannot be used more than once, says a new report by World Health Organization (WHO). To offer a solution for the same, the international health body is also launching a new policy on injection safety and a global campaign with support from the IKEA Foundation and Gavi, the Vaccine Alliance.

An earlier study by WHO had estimated that in 2010, up to 1.7 million people were infected with hepatitis B virus, up to 315,000 with hepatitis C virus and as many as 33,800 with HIV through an unsafe injection.

A reason behind such numbers is also that people in many countries believe that injections are the most of the diseases.  The UN body, therefore, stresses the need to reduce the number of unnecessary injections as a critical way of reducing risk.

“Adoption of safety-engineered syringes is absolutely critical to protecting people worldwide from becoming infected with HIV, hepatitis and other diseases. This should be an urgent priority for all countries,” says Gottfried Hirnschall, director of the WHO HIV/AIDS department.

The new “smart” syringes WHO recommends for injections into the muscle or skin have features that prevent re-use. Some models include a weak spot in the plunger that causes it to break if the user attempts to pull back on the plunger after the injection. Others have a metal clip that blocks the plunger so it cannot be moved back, while in others the needle retracts into the syringe barrel at the end of the injection.

WHO has also urged countries to transition, by 2020, to the exclusive use of the new “smart” syringes.

Prevalence of HIV, Hepatitis B, Hepatitis C and Syphilis in donor’s blood: A study from eastern part of India