Analysis of database indicates that all 124 Indian cities assessed exceed the WHO guideline for particulate matter levels; Delhi, Patna exceed safe level prescribed by WHO by 15 times 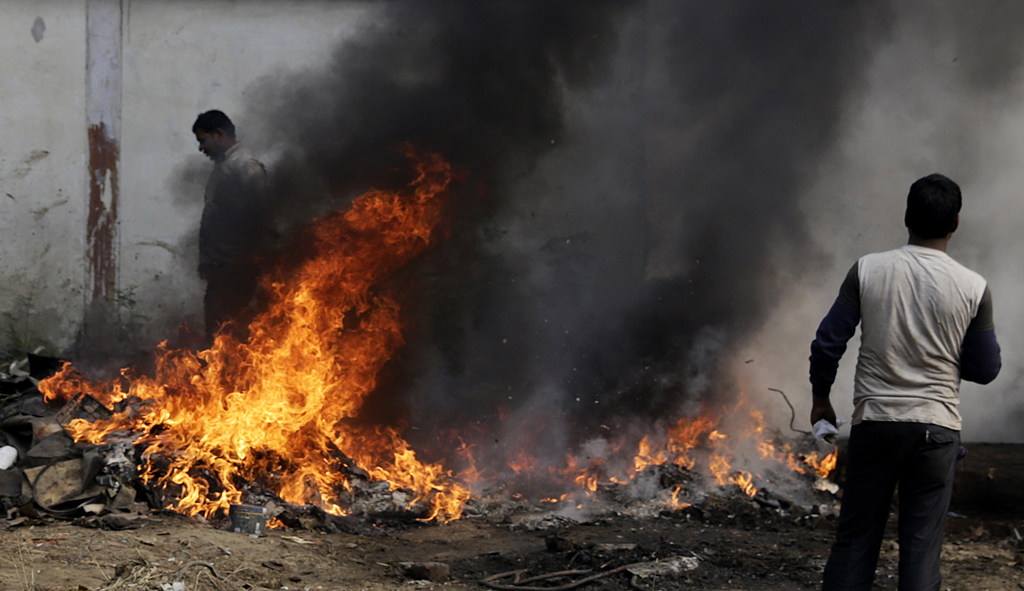 The latest urban air quality database released by WHO reconfirms what we already know—that most Indian cities are becoming death traps because of very high air pollution levels. India appears among the group of countries with highest particulate matter (PM) levels. Also, its cities have highest levels of PM10 and PM2.5 (particles with diameter of 10 microns and 2.5 microns) when compared to other cities.

The database shows Pakistan has the highest PM2.5 level of 101 microgramme/cubic metre (µg/cum), followed by Qatar, Afghanistan, Bangladesh, Iran, Egypt, Mongolia, United Arab Emirates (range of 92 to 61 µg/cum) and India with 59 µg/cum. These countries have PM2.5 levels that exceed safe levels prescribed by WHO by 6 to 10 times.

This database confirms our worst fears about how hazardous air pollution is in our region. Last year, the “Global Burden of Disease” study pinned outdoor air pollution as fifth largest killer in India  after high blood pressure, indoor air pollution, tobacco smoking, and poor nutrition; about 620,000 early deaths occurred in India from air pollution-related diseases in 2010.

The PM2.5 levels are worst in Delhi and Patna, exceeding the WHO guideline by about 15 times, followed by Gwalior, Raipur, Ahmedabad, Lucknow and Ferozabad, all exceeding the safe levels by 9 to14 times. Cities such as Kanpur, Amritsar, Ludhiana, Allahabad, Agra, Jodhpur, Dehradun and Chandrapur closely follow the above-mentioned hot spots.

WHO says that air quality in most cities worldwide that monitor outdoor (ambient) air pollution fail to meet WHO guidelines for safe levels, putting people at additional risk of respiratory disease and other health problems. “Too many urban centres today are so enveloped in dirty air that their skylines are invisible,” said Flavia Bustreo, WHO assistant director-general for family, children and women's health, in a release.

In April 2014, WHO issued new information estimating that outdoor air pollution was responsible for the deaths of some 3.7 million people under the age of 60 in 2012. The organisation also emphasised that indoor and outdoor air pollution, combined, are among the largest risks to health worldwide. Measurement of fine particulate matter of 2.5 micrometre or less in diameter (PM2.5) is considered to be the key indicator of the level of health risks from air pollution.

On the contrary to rising risks, worldwide, compliance to guidelines is marginal. Only 12 per cent of the people living in cities (1,600 total cities assessed) reside in cities where air quality complies with WHO Air Quality Guideline levels. About half of the urban population being monitored is exposed to air pollution that is at least 2.5 times higher than the levels. WHO recommends putting those people at additional risk of serious, long-term health problems.

Air pollution levels are worsening, WHO says "In most cities where there is enough data to compare the situation today with previous years, air pollution is getting worse." And, among the factors responisble are "increase in reliance on fossil fuels such as coal fired power plants, dependence on private transport motor vehicles, inefficient use of energy in buildings, and the use of biomass for cooking and heating."

Effective policies and strategies are well understood, but they need to be implemented at sufficient scale. The report notes that individual cities can take local action to improve air quality and thus go against regional trends. And good air quality can go hand in hand with economic development, as indicated by some major cities in Latin America which meet, or approach, the WHO Air Quality Guidelines. Despite the upswing in air quality monitoring, many cities in low- and middle-income countries still lack capacity to do so. There is a particular shortage of data in WHO’s Africa and Eastern Mediterranean regions.

Therefore, we can say it is so far, an underestimation of the risks – and the health outcome numbers could be much bigger, as millions of people are out of the monitoring grid. The nations while expanding the monitoring network must also set up systems for alert people about air pollution and health outcomes, which make people realize what they are breathing in, and demand clean air, to set in motion the much needed action.

Report: Burden of disease from household and ambient air pollution for 2012

Guidelines: CPCB Guidelines for the measurement of ambient air pollutants