The First Embrace campaign will focus on saving more than 50,000 newborns and prevent complications in neonatal care in the Western Pacific region 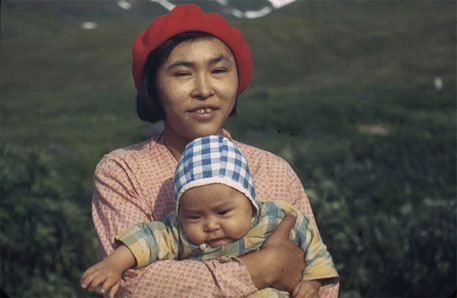 The World Health Organization (WHO) has started a unique initiative to reduce new born and infant deaths. The health agency’s regional office for Western Pacific launched First Embrace—a campaign which will focus on saving more than 50,000 newborns and prevent complications in neonatal care.

According to WHO, half of all deaths of children below five occur in the first month of birth. “We lose far too many newborn infants to preventable factors, such as disease,” Dr Shin Young-soo, WHO regional director for the Western Pacific, said.

“First Embrace addresses this challenge by urging women and health-care providers to take simple steps to protect babies during the crucial time immediately after birth.”

WHO’s campaign is specifically designed to address the causes behind newborn deaths or diseases. Its Early Essential Newborn Care (EENC) includes a package of interventions meant to control complications arising out of premature births, low birth weight and infection.

EENC is simple and economic and does not involve complicated preparations and expensive technology.

The first step is skin-to-skin contact between the mother and the child shortly after birth. This transfers warmth and protective bacteria and promotes exclusive breastfeeding.

“Separation of the mother and child immediately after birth is an age-old practice. But it occurs during a crucial time when babies are programmed to look for their mother’s breast in order to breastfeed,” Maria Asuncion Silvestre, a paediatric neonatologist who consults for WHO, said.

In May 2014, WHO and the United Nations Children’s Fund (UNICEF) released an action plan for Healthy Newborn Infants in the Western Pacific Region (2014-2020).
The First Embrace campaign seeks to engage people, health workers, policy-makers and civil society to champion EENC.

Another aspect of the WHO campaign is to involve health workers who may be unaware about the simple steps to protect newborns.

However, local customs and beliefs are likely to act as a barrier to the full implementation of EENC.

According to the UNICEF India report, efforts to reduce maternal and child mortality rates over the past 20 years have had a striking impact. But over the same period, stillbirths and newborn deaths have not received the attention they deserve. India recorded 779,000 deaths in 2012.
The overall infant mortality rate in India has declined from 47 per 100,000 birth in 2010 to 42 in 2012, a report released by the Union Health Ministry said.

Newborn health is one of the top priorities of the government and UNICEF has joined the efforts to address these preventable deaths. The Indian government has introduced two landmark programmes — National Rural Health Mission (NRHM) and the Reproductive, Maternal, Newborn, Child and Adolescent Strategy (RMNCH+A Strategy) to combat neonatal and infant deaths.

According to a UNICEF India official, neonatal deaths can be prevented through simple measures. These include high institutional delivery rate, prevention of post-birth complications like sepsis, special care to infants in the first seven days of birth, initial breastfeeding and exclusive breastfeeding for up to six months.

The official said that as C-section deliveries are prevalent nowadays, especially in cities, the mother is not in a position to breastfeed the infant within an hour of birth.
The officer added that due to widespread anaemia in mothers in India, babies often die as they weigh less than 2.5 kg.