Who needs the greens? 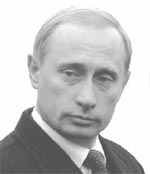 in a move that has triggered severe criticism countrywide, President Vladimir Putin abolished Russia's State Committee on the Environment, the nation's sole agency for environmental protection. He also did away with the State Committee on Forestry and transferred the functions of both these panels to the ministry of natural resources which also licenses development of Russia's oil, natural gas and other deposits. Environmentalists say that this amounts to putting an alcoholic in charge of the vodka store.

That Putin had little regard for environmental concerns is no secret among environmentalists in the country. Last year, as head of the secret service, Putin had expressed the view that ecological groups provided a "convenient cover" for foreign spies.

In recent years, several environmental activists and researchers have also been subject to investigations by security service personnel. Noted environmental campaigner Alexander Nikitin was only recently given permission to leave the country after his acquittal on charges of treason.

All this has further enhanced the view that the government would rather cater to the selfish interests of a certain section of people -- even gangsterswho rake in huge profits from illegal logging and fishing -- than take any sincere measures to check the rampant plunder of the country's huge natural resources. Most of the illegal trade activities, that contribute to a largely invisible environmental catastrophe, occur in the remotest parts of the country.

The recent abolition of the committees have also shocked the country's political leaders. "What can I say? We were really surprised," said Vladimir Kadochnikov, deputy chairperson of the ecology committee in the State Duma, the lower house of Parliament.

Alexei Yablokov, who was once environmental adviser to President Boris Yeltsin and is now president of the pressure-group Centre for Environmental Policy, pointed out that President Putin's stance further highlights the fact that the Kremlin does not attach any importance to environmental matters. "It is an absolutely primitive point of view," Yablokov said.

Yablokov and several other scientists have informally given a letter to the President expressing their disappointment at the removal of the environmental agency that was once a ministry before being downgraded by Yeltsin. Although reduced to an "extremely weak" condition, the agency's main function was to monitor environmental pollution including radioactive contamination from Soviet-era nuclear weapons plants and submarines, high levels of lead pollution from smelters and a number of other health disasters like the spread of tuberculosis.

Environmentalists have already expressed their suspicion that the agency was stamped out because of pressure from powerful business lobbies that view any form of environmental regulation as a detriment to development. Rues Yablokov: "The people now in power think that ecology is for rich countries."