WHO was too slow to react, admits WHO director-general 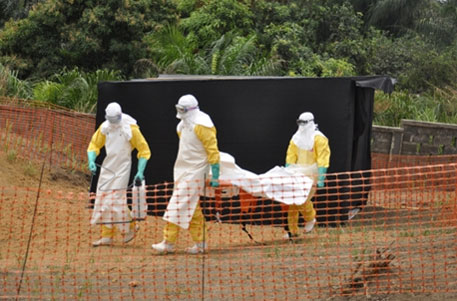 Faced with criticism about the way it handled the year-long Ebola outbreak, the World Health Organization (WHO) has proposed reforms to overhaul its structure. The disease has killed more than 8,600 people and destroyed the economy of the affected countries.

The executive board of WHO held a separate session on January 25 to devise guidelines for building resilient health systems in Ebola-affected countries. Margaret Chan, director-general of WHO, said that in the case of Ebola “the world, including WHO, was too slow to see what was unfolding before us.” At the opening of the executive board meeting, she said that there is a need to strengthen the way WHO operates during emergencies.

Amongst the measures to achieve this, increasing the public sector workforce was identified as crucial. Chan said that countries must be supported to build their own workforce for responding to emergencies, trained and drilled to perform with military precision. The workforce must be paid. WHO, too, needs to strengthen its own workforce. “Outbreak detection and response benefit greatly from the experience and knowledge of senior field epidemiologists. We need more of them,” she said. There also needs to be preparedness for greater surge capacity external to WHO, especially for responding to severe and sustained events.

Critics say this kind of reform are long overdue. "Ebola revealed all of WHO's inherent weaknesses and the international community saw painfully what it was like to see WHO not being able to lead. That resulted in thousands of deaths that were completely avoidable," Lawrence Gostin, director of the WHO Collaborating Center on Public Health Law and Human Rights at Georgetown University, told media.

The United Nations’ latest overview of needs and requirements said that the UN system requires an extra $1 billion for 2015 for its role in ending the virus. “This outbreak has not finished, it is very dangerous when we talk about it in the past tense,” said David Nabarro, United Nations Secretary-General's Special Envoy on Ebola. “Let us do everything we can to avoid complacency,” he said.