WHO seeks increase in AIDS funds

The World Health Organisation has called for enhanced spending and a joint UN initiative to combat the threat of AIDS. 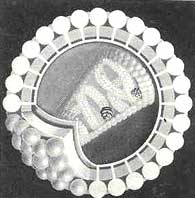 THE WORLD Health Organisation asked governments and other groups at the Ninth International AIDS Conference held in Berlin in June, to provide it with $2.5 billion annually, to combat the AIDS epidemic and save 10 million people all over the world this decade.

The World Bank also endorsed the plan, which envisages a tenfold increase in current spending to combat the disease. According to Michael Merson, head of WHO's AIDS programme, concerted efforts will be made to prevent the spread of AIDS in developing countries.

WHO members recently passed a resolution, which was sponsored by 34 countries including the US, UK and Japan, calling for a study of the benefits of a joint UN programme on combating the disease. Merson said the study would identify priorities for the effective use of human and financial resources, as well as ways to raise new resources.

According to the WHO, about 13 million people around the world are afflicted by AIDS and WHO officials expect their organisation to play a leading role in the joint programme. The World Bank will soon publish a report calling for a sharp increase in health-care spending, a major part of which will be devoted to fighting AIDS.