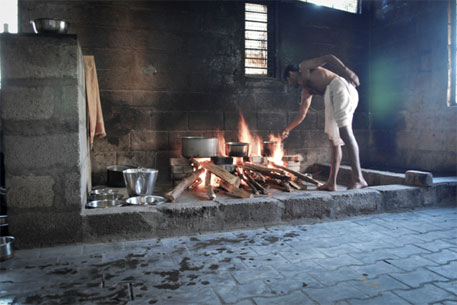 The World Health Organization has set targets for reducing emissions of health-damaging pollutants from domestic cook stoves, space heaters and fuel-based lamps. While highlighting the dangers of burning fuels like unprocessed coal and kerosene in the home, the global health agency issued guidelines for reducing emissions.

The new WHO guidelines for indoor air quality: household fuel combustion  follow close on the heels of WHO findings earlier this year which revealed that more than 7 million deaths – one in eight of total global deaths – are due to indoor or outdoor air pollution exposure. As many as 4.3 million children and adults die prematurely each year from illnesses caused by household air pollution, says WHO.

Widespread use of kerosene stoves, heaters and lamps also result in many serious injuries and deaths from scalds, burns and poisoning. Women and children are particularly vulnerable. They die from strokes, and heart and pulmonary diseases, such as childhood pneumonia and lung cancer, says WHO.

These diseases are primarily caused by high levels of fine particulate matter and carbon monoxide released by the burning of solid fuels such as wood, coal, animal dung, crop waste and charcoal in inefficient stoves, space heaters or lamps.

According to WHO, nearly 3 billion people, mostly in low- and middle- income countries, lack access to clean and modern technology for cooking.

The use of solid fuel for heating in more developed countries is also common and contributes significantly to air pollution exposure. Air pollution from household fuel combustion is the most important global environmental health risk today.

Say no to coal, kerosene

The guidelines are targeted at public health policy-makers to recognise that many of the pollutants from household fuel combustion lead to both health risks and climate change. Implementation of these recommendations will also help secure the additional benefits to society, development and the environment, including climate, that will result from wider access to clean, safe and efficient household energy.

In homes with open-burning and unvented coal or biomass stoves, emissions of particulate matter and other pollutants can be 100 times higher than WHO-recommended levels. Such pollutants are carcinogenic and cause heart and lung disease.

Women and children may also suffer other consequences, according to WHO. “In many regions, they spend hours every day gathering fuel for traditional stoves, restricting time for earning money and going to school,” a WHO press release said.

Household cooking with solid fuels contributes to ambient PM2.5 air pollution and the burden of disease

Burden of disease from household and ambient air pollution for 2012

Indoor air pollution in India: Implications on health and its control