Black holes of old galaxies are not dormant as thought earlier 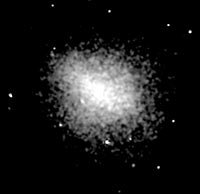 old galaxies huddled together in clusters have always been dismissed as the rest homes of the cosmos, but scientists have recently found that many of them have massive black holes that are busy gobbling gases. Black holes are celestial objects whose gravity is so great that nothing, not even light, can escape them. This also makes these holes invisible. Astronomers are able to track them down by observing the swirling gas and dust that circles their rims just before objects are sucked inside.

The discovery indicates that even the oldest galaxies are not as staid as they were thought. Unlike younger galaxies, the black holes in the galaxies in galactic clusters were thought to be quiescent, with nothing to "eat" and therefore no way for scientists to detect them.

Using the orbiting Chandra x-Ray observatory and ground-based Walter Baade optical telescope in Chile, scientists from Carnegie Observatories in California, usa, discovered six active black holes in galaxy cluster Abell 2104, where they suspected only one. The key was using the x-ray observatory, which can detect the x-rays being emitted from the intense friction that results as matter is pulled into a black hole. A hole's gulp -- the period when it emits x-rays -- lasts maybe one million years or so, an eye-blink on the cosmic time scale. "We saw five or six black holes in a cluster of 1,000 galaxies. We just happened to look during the right period. These giant black holes are everywhere. Every galaxy must have these things," says Dan Kelson, one of the scientists.