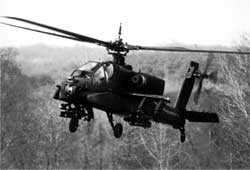 mistaken identity is the last thing a soldier needs when there is a war on. During the Gulf War in 1991, nearly 20 per cent of Allied casualties were caused, not by Saddam's Scud missiles, but by soldiers or pilots on the same side firing at each other. Deaths from friendly fire is a common occurrence in almost every war. But, if a novel method of pattern recognition fulfils its promise, casualties from such instances of "mistaken identity" could be reduced drastically.

It's called the "associate computer processor". Developed by the us- based company Neo-Core, the processor could soon enable fighter pilots to distinguish their foes from friends.

Not only the defence sector, but according to Neo-Core's claims, even the telecommunications industry or anyone with an enormous amount of data will thank science for this amazing new technology.

In conventional pattern recognition systems, when the computer searches a database for a particular pattern, such as the shape of an enemy jet, it takes in data from its sensors, analyses them and then checks every location in the database to spot a match.

But in associative processing, it is a different story. The data is converted into smaller, fixed-length "icons", explains Chris Brandin, chief technology officer at Neo-Core. These icons are usually 64 bits long, but can be smaller or larger. Decisions about how much of the data stream goes into each icon are made when the sensing system is designed and built.

The icons summarise the original data, preserving their logical properties as well as the relationships between different parts of the data - such as parts of a fighter aircraft viewed from different angles.

The icons are stored in memory chips. When the pattern recognition system wants to check what it has spotted, it simultaneously asks every location if it holds a particular pattern. It is like asking all the people in a room with blue eyes to put up their hands. The responses are noted and after a few queries, it becomes obvious what has been spotted.

In a military application, the system could check if a particular plane was an enemy, or look for new targets on the ground. In other applications, it could search hundreds of movie frames at a time and find a particular scene or character.