The Parliamentary Standing Committee on Transport, Tourism and Culture has opposed the proposal of developing the profitable stretches of national waterways by roping in private investors. 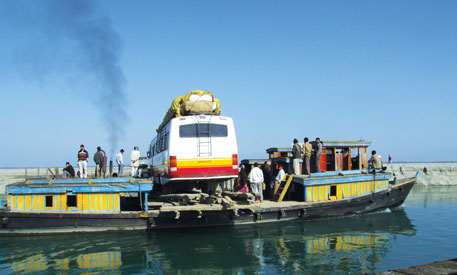 A report tabled in Parliament on Wednesday by the committee headed by CPI (M) leader Sitaram Yechury questioned the Ministry of Shipping’s proposal to develop NW-4 and NW-5 through public-private partnership (PPP).

India is estimated to have about 14,500 km of navigable waterways. Of this, six waterways with a total length of 4,503 km have been declared as National Waterways. These waterways come under the Inland Waterway Authority of India (IWAI). While, IWAI is developing the first three waterways—Allahabad-Haldia, Sadiya-Dhubri (both in the Ganga and the Brahmaputra in the East) and Kottapuram-Kollam in Kerala—the ministry plans to develop NW-4 and NW-5 through PPP model.

The committee said it failed to understand why only the commercially viable, lucrative stretches of waterways were offered to private firms. “Does it mean that the non-profitable and riskier sections would be left to the government?” it asked.

The plan is to ensure a navigational channel with targeted depth and width for most part of the year, aids for day and night navigation, fixed or floating terminals at selected locations for berthing and loading/ unloading of vessels and connectivity, using various modes of transport such as rail, at a few selected locations. Inland waterways require regular dredging, construction of terminals for docking, loading and unloading and monitoring to be effective.

The 1,095 km NW-4 is the Kakinada-Puducherry canal stretch, including parts of the Godavari and the Krishna. It connects Andhra Pradesh, Tamil Nadu and Puducherry. The 623 km NW-5 joins the East Coast Canal with the Brahmani and Mahanadi delta rivers, connecting Odisha and West Bengal. Though declared as national waterways in November 2008, they are under development and yet to be operationalised.

The panel had earlier expressed apprehensions about declaring the 121 km stretch of the Barak river in Assam as NW-6. On August 16, the Rajya Sabha passed a bill declaring the national waterway. The panel had raised its doubts over whether the government would be able to operationalise NW-6 while NW-4 and NW-5 are yet to be put to use.

The committee in its report has pointed out that IWAI has not yet formulated any comprehensive plans for developing inland water transport in the country in a time bound manner. “There is no specific planning and roadmap for mobilising the required investment for the creation of infrastructure and modernisation of the existing waterways and also operationalising the new ones,” said the committee.