Why states are against CAMPA 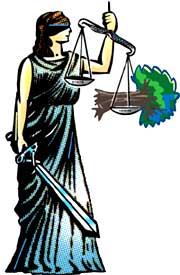 Should the business of forestry be centralised under the Union government once again or should states manage their forests better? The formation of the Supreme Court (sc) mandated Compensatory Afforestation Management and Planning Authority (campa) has become a test case to settle this debate in government circles. The prime minister's office has asked the Union ministry of environment and forests (moef) to look at creating several state-level campa -like authorities instead of one mammoth overarching one at Delhi to help decentralise the work. But moef has decided to stick to its guns and create campa under its control in Delhi; it claims the court has clearly mandated this.

The apex court's directions to create campa had come in the wake of reports that incriminated states for tardy utilisation of funds they got as compensation for diversion of forestlands. Various agencies, states and interest groups petitioned the sc, asking it to annul or modify the Union government's notification to create campa. Only one petition -- filed by the state of Kerala -- questioned the constitutional validity of the notification. The court, as recommended by the five-member Centrally Empowered Committee (created by the court to advise it in one over-arching case on forestry issues) and the amicus curiae, Harish Salve, dismissed these pleas in September 2005 and reaffirmed campa's constitutional validity. As things stood after the order, the states would have to collect compensation for the forests diverted to non-forest use -- termed net present value of forests, (npv) -- and deposit it with campa. This centralised agency would then decide how and where to spend it to improve the 'environment'. The sc also constituted an expert group to decide how to determine npv.

As the expert committee began holding its first set of consultations, moef sent a note to the Union cabinet asking for clearance to create an additional post of joint secretary to head campa at Delhi. But the Union government was wary. It had got missives from states over the creation of campa.

The Madhya Pradesh government shot off an angry letter to moef, charging it with changing centre-state fiscal relations in the name of campa . It feared that this sc- mandated body might draw away state's money. This fear arose from the fact that the court, again advised by Salve and cec, has ordered that campa could take money from one state and spend it in another if it desired.

All this has angered some states . "campa requires that the state collect money, send it to an authority outside the purview of the central government itself and then receive it back to expend it within the state. This militates against the idea of federal fiscal relations," says A Vaish, special secretary, forests, Madhya Pradesh. "This means that the states, already depleted of financial resources, may actually see a net outflow of money because of the campa notification." Some other states are equally angry. The forest secretary of one state notes on conditions of anonymity: "Last year the finance commission had actually devolved money to states that maintained forest cover over and above that suggested by the national forest policy of 1988. These states got Rs 1,000 crore for maintaining an asset (forests) at the cost of their people's development. This was a step towards a more federal management of forest resources. But campa is likely to reverse the trend. It might actually end up penalising the states for conserving forests -- taking money due to us and spending it elsewhere."


A new secretariat-like set-up shall be created for campa and monitor its work across the country. But A K Patnaik, West Bengal's forest secretary says, "This could create another bureaucratic apparatus. We already have cases of forest clearance pending with the centre."

The unwieldy bureaucracy is also among the points raised by the Madhya Pradesh government ' s letter. It questions the rationality of states having to part with their money to a central authority and also pay for it -- all this when governments are being asked to downsize. It also questions several other cumbersome campa procedures. For example, it questions the logic of first taking money from a state and then sending part of it back to the state.

But some states do concur partly with the campa mechanism, claiming that earlier when grants or central assistance for forestry were channelised through the state financial system, they were diverted for other purposes or sometimes lay unutilised. "This shall perhaps expedite the flow of funds," says T Lakshminarain, secretary, forests, Kerala. But he believes that campa is quite likely to act as a central agent, collect funds and send them directly to the respective state forest departments.

Meanwhile, the Madhya Pradesh government has even suggested that the money collected as npv be kept in a separate account at the state level and managed jointly by the centre and state.


Fiscal implications aside, campa could also come up against practical and scientific problems, when it begins functioning. The authority does have a mandate to utilise the money it collects as npv in restoring degraded environments. But this is easier said than done. Says C R Babu, professor emeritus at the Centre for Environmental Management of Degraded Ecosystems, University of Delhi, "There is no such thing as vacant land. Various weeds and invasive species grow on degraded lands across the country. To bring back the character of each type of forests is a site-specific task. What works in the northeast rainforest patches will not work in moist deciduous forests or dry deciduous forests elsewhere." Babu should know: his department has been at the forefront of restoration ecology in the country.

Then there is logistics to think of. "Scientists in research institutions can, at best, conduct pilot projects in different terrains and ecological patches. Expecting them to restore large tracts of forests in India is hilarious," says one ecologist. This is the state forest department's role. Babu's team only conducts pilot studies and expects that the state governments shall then implement their findings with modifications demanded by local conditions.

Restoring forestlands demands site-specific solutions. There are serious question marks over a centralised authority overseeing such an operation, with any modicum of competency. "Will we create a mammoth team of consultants and experts stationed at Delhi? Will they run all over the 35 states and union territories of the country to supervise restoration of more than 175 million ha of degraded land? Or do we want that each state build its own capacity, research and tools to actually conduct real restoration?" asks a forest secretary of one southern state. "We are now looking at decentralising management, right down to the panchayat level, but in this case we have just reversed the process. The Union government has forgotten forestry is on the concurrent list and in some areas solely under the control of communities. This is appalling," he concludes.


Observers note that the business of conservation has tended to be centre-oriented since the mid-80s leaving the states little incentive, economic or otherwise, to protect their forests. "Conservation is looked upon as a hindrance to development," says Vaish. The campa order could have changed things. "It rightly asks for a levy to be charged for diversion of previous forest land," says a senior state forest ministry bureaucrat in an eastern state. "But then in the name of the 'doctrine of public trust' it gives control over these resources to a group of people in Delhi who shall not be answerable to the states under any democratic institution. I am sure this was not the intention of the court when it set out to sort out the mess about compensatory afforestation."

The solution proposed by the prime minister's office seems to offer a middle path -- create campa, but have one in each state so that things remained decentralised along with a modicum of control and scrutiny. Whether moef can be convinced that a more federal structure is a better option and whether court can be brought on board remains, however, the million dollar question.