Why we need to study day-to-day weather

While the link between summer monsoon and agriculture has been thoroughly researched, there is absence of deliberation over the impact of rains in the winter 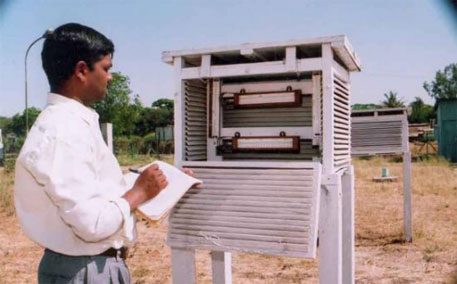 On April 7, the Indian government will start the formal preparation for kharif crops. The Indian Meteorological Department (IMD) may also announce its first monsoon forecast. Around this time, food inflation data will also be released. The biggest question, arguably, is how the monsoon performance will be this year. Whatever the IMD forecast, one thing is sure that the kharif season will be a season of problems for farmers. And, thus, a cause of immense political concern for the government that is seemingly losing the battle of perception.

Recent data shows that unseasonal rains damaged crops on nearly 11 million hectares of farms. While the damage is unprecedented, it is more worrying in the long term as the last monsoon was deficient. In the kharif season, food grain production fell short by 12 per cent. Everyone expected that a normal winter monsoon would ensure a bumper rabi harvest, thus bridging the production gap. But as it turned out, the rabi crop is going to be one of the worst in the recent past.

This is a challenge for the next kharif season. In most of the states that witnessed crop damages, farmers invested heavily this year in the rabi crop with the hope of compensating the fall in kharif season. With the rabi crop gone, marginal and small farmers will suffer a huge economic setback. Such has been the economic loss that the media has reported close to 60 suicides by farmers in heavy debt.

Usually, in such scenarios, farmers with low harvest or heavy economic loss in rabi crop tend to bring down sowing in the kharif season. It is an economic decision; many delay sowing time keeping in mind the monsoon performance. If this trend continues this year, India will witness a significant reduction in the sowing area. This may lead to a drop in overall production.

Even if farmers skip this trend and follow normal sowing, the increasing trend of rabi crops being lost to unusual rains will haunt farmers and policy makers alike.

Farmers make a decision on rabi crops depending on the performance of the summer monsoon and also, to some extent, on the available financial capacity to risk planting cash crops. With the current damage, many would not be in a state to take up full strength farming.

This means, both kharif and rabi crops this and next year are at stake. This is going to be a tough situation for the overall economy. It is certainly going to be a severe blow to the already shattered farmers.

While we need to do much more for agriculture, an issue that hardly gets its due is day-to-day impact of weather on Indian agriculture.

Indian scientists have hardly studied the impacts of day-to-day weather aberration on agriculture. Either we get an overall summer monsoon forecast or a significant number of studies on climate change impacts on agriculture. But there is hardly any study on the winter monsoon, its impact on agriculture and whether the recent events around western disturbances are going to be the next big challenge for the country's agrarian economy.

As we have witnessed in the last few weeks, even one day of unusual rain has caused drastic damage. Farmers have been vocal about this recent trend where short weather, even in winter, is leading to large-scale losses. For the summer monsoon, there have been studies that certainly link bad monsoon to less harvest. But when it comes to winter monsoon, there is no such study.

The tough challenge is to get scientists and policy makers to look into these events which are usually pushed into oblivion as aberrations. Such aberrations are causing the maximum damage.

Prediction of western disturbances and associated weather over Western Himalayas