Four stocks added to overfished list, bringing the total to 46 at the end of 2019 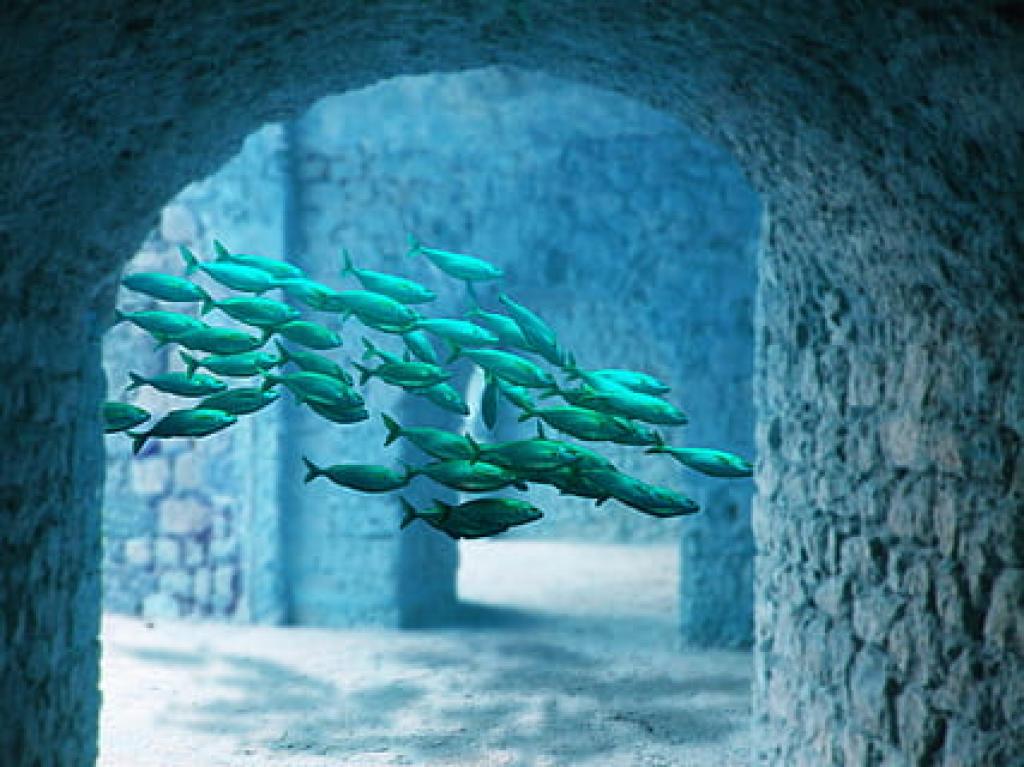 As many as 47 fishing stocks were rebuilt from 2000 to 2019 (compared to 45 in 2018); while the overfishing list had 22 stocks, the overfished list 48 at the end of 2019 (as compared to 28 and 43 at the end of 2018 in the respective categories). These were some of the findings of the National Oceanic and Atmospheric Administration (NOAA) 2019 report on fisheries in the United States.

Overfishing refers to a fish stock having a harvest rate higher than the rate that produces its maximum sustainable yield (MSY); overfished refers to a stock having a population size too low. Overfished stocks jeopardise their ability to produce MSY.

MSY refers to the largest long-term average catch that can be accrued from a stock under prevailing environmental and fishery conditions.

The two fish stocks that were rebuilt in 2019 were Southern California cowcod and American plaice. A rebuilding plan is prepared by the NOAA as and when the stock becomes overfished. This plan allows fishing to continue at a reduced level so the stock can rebuild to its target level and produce its MSY.

The Southern California cowcod is now the ninth stock in the Pacific Coast Groundfish Fishery Management Plan to be rebuilt since 2004. NOAA rebuilt it after 19 years with measures such as 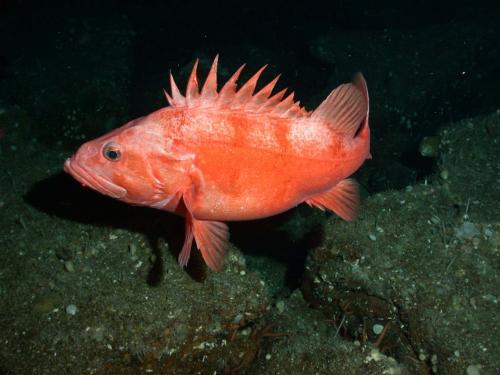 The American plaice, on the other hand, was rebuilt after 15 years under a rebuilding plan. During this time, the stock size more than tripled and according to NOAA, will result in a 96 per cent increase in catch levels in 2020 compared to 2019. 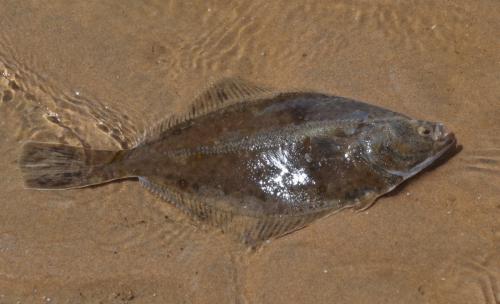 The added overfished stocks point to the increase environmental change, habitat degradation and international fishing. The warm water conditions, for example, affected the growth and reproduction of the cold-water Saint Matthew Island blue king crab. For the reason, the stock has never been subject to overfishing and directed fishing for this crab has been prohibited since 2016.

Among the species added in the overfished list in 2019 is the Pacific sardine. While its commercial fishing has been banned since 2015, ocean conditions led to years of poor reproduction reduced its population to pretty low levels. 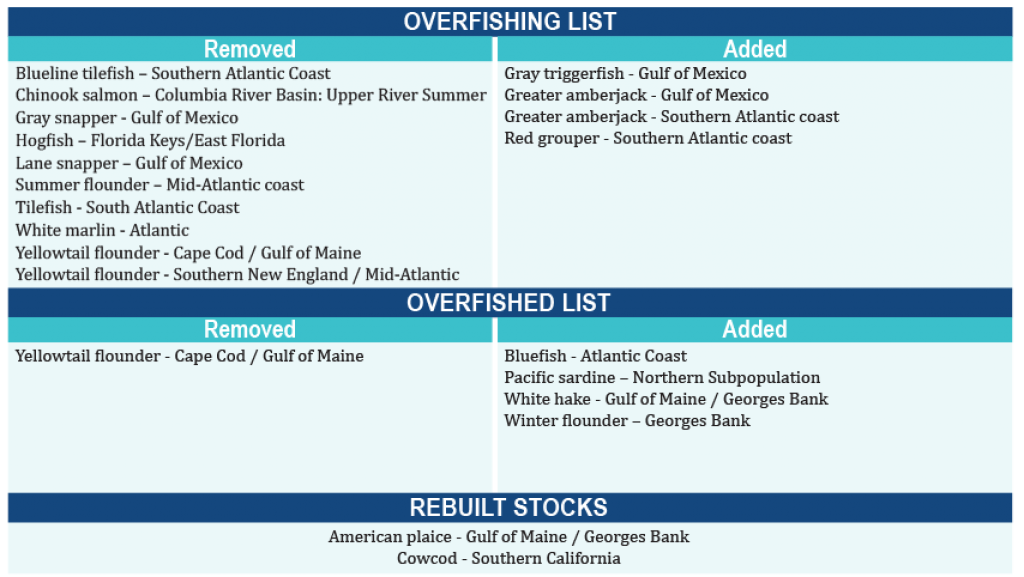 Commercial and recreational saltwater fishing generated more than $244 billion in sales and supported more than 1.7 million jobs in 2017 in the United States. Ending overfishing and rebuilding stocks aims build a stronger economy, coastal communities and marine ecosystems and providing sustainable seafood for the nation.