After a decade, the Bostami turtles stage a comeback in Tripura 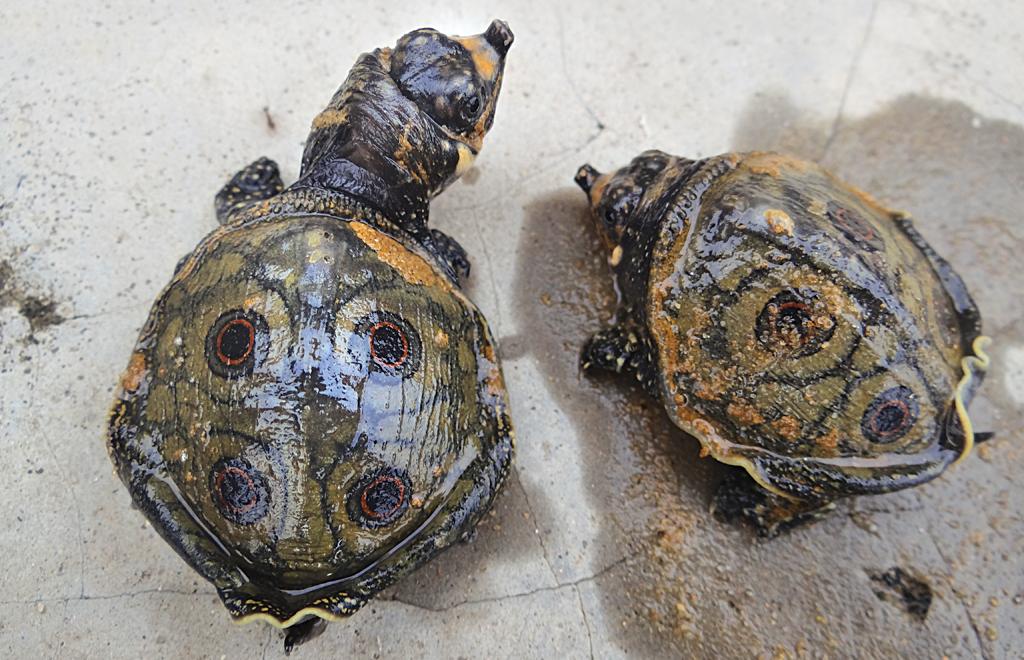 Thrity five turtles have been shifted to the Sepahijala Zoological Park in Bishalgarh, Tripura, on an experimental basis (Photographs: Biswendu Bhattacharjee)

The soft-shell turtles, Nilssonia nigricans, popularly known as Bostami turtles, laid eggs near the holy lake of Tripureswari temple in Udaipur, 55 km from Agartala, in the first week of June this year. For the first time in a decade, as many as 10 baby turtles were seen toddling on the National Highway 44A during a heavy downpour in the city. About 163 eggs were hatched in over a month on the eastern fringe of the lake. According to the lake management committee, turtles breed between March and July. Most of them strolled down the lake. Only 35 were shifted to the Sepahijala Zoological Park in Bishalgarh, Tripura, on an experiment basis, says Mihir Kumar Das, a scientist with the Tripura State Pollution Control Board (TSPCB).

It is ironical that the International Union for Conservation of Nature (IUCN) says that the turtle species is extinct in the wild, though it remains listed under India’s Wildlife Protection Act, 1972. The turtles were found near the 15th century temple, constructed by King Dhanyamanikya. It is one of the holiest Hindu shrines in the country, and considered to be one of the 51 Shakti Peethas (places of worship to the female Shakti goddess). It is believed that a Manikya king, erstwhile ruler of Tripura, brought the turtles from the Chittagong hill tracts of south Bangladesh, to mark the holiness of the place. The lake, spread over 1.11 hectares, has been the natural habitat for the turtles for over 600 years.

The turtles used to come up to the shore looking for crumbs left by visitors and tourists. Devotees fed them with puffed rice and biscuits as part of their rituals. In 1998, the state government cemented the lake and converted it into a water tank to manage the embankments. Within a year of the construction of the cemented embankments, reports of turtle deaths surfaced. Between March 2002 and January 2003, seven mature turtle deaths were reported. Environmen-talists and civil society organisations had opposed the construction, but administration did not bother. The administration conveniently put the blame for turtle deaths on tourists and pilgrims saying they litter the lake with plastic carry bags, says Das.

In 2014, a local group of experts, comprising TSPCB scientists, fisheries and zoology specialists, examined the environment and recommended the demolition of the lake embankments. Wildlife official Prasenjit Biswas says the basking site of sand bed, which is the prime requirement in the daily need of the turtles, had vanished with the erection of cement structure. As a result, there was no place left where the turtle could bask in the sun to shed fungus molt from its body and find sun exposure to enrich itself with vitamin D3. This heat is crucial for the turtle to give birth. 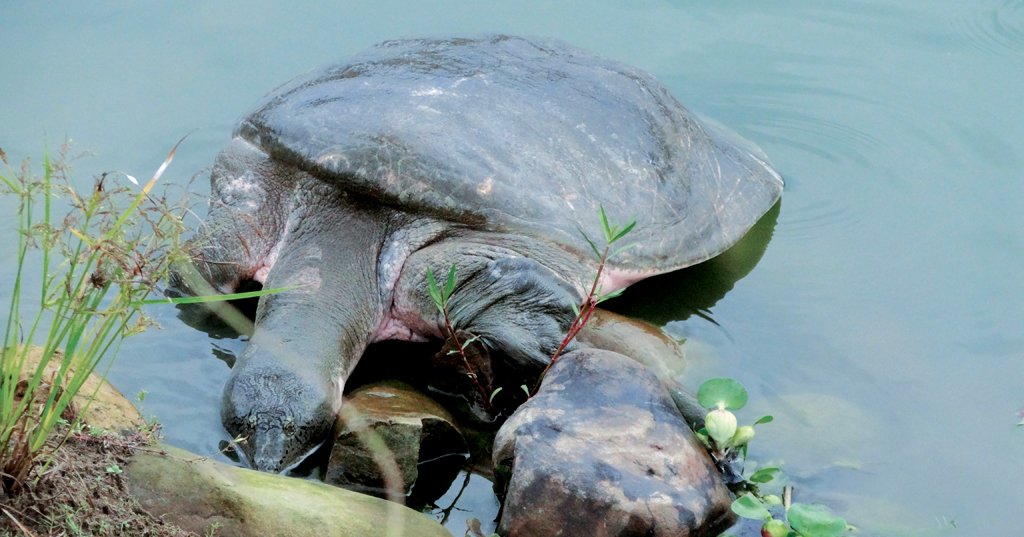 “As an amphibian, it is essential for turtles to have sandy exposure, which was not available after the construction,” says Jyoti Prakash Roy Chowdhury, an environmentalist and member of the State Wildlife Board. Based on the expert group’s advice, a portion of the cemented wall on the eastern bank was demolished in September 2014. This enabled the creation of space for the turtles to nest. In November 2014, the Eco Development and Management Committee, headed by Chief Wildlife Warden A K Gupta, recommended the creation of hatcheries to study the change.

Meanwhile, a public interest petition was filed in the High Court in June 2014, highlighting the fact that aquatic animals were having problems in basking on the beach as the embankments were cemented. After direction from a division bench of the High Court of Tripura on June 25, 2015, the district administration started demolishing another part of the cemented embankment of the lake and created two hatcheries. Besides installing 12 aerators on the lake to supply oxygen, the administration altered the menu for the turtles and big fish species. Earlier, they were given only bakery products and meat available through animal sacrifice in the temple. Now, along with fish feed (at least 10 kg/day), six kg meat is given daily in the lake.

These efforts have given the Bostami turtles a new lease of life. The High Court has directed the Chief Secretary to submit a status report by the second week of September, 2015, detailing steps taken to save the flora and fauna as recommended by the scientists, says Roy Chowdhury. “We had suggested that the back side of the lake embankment be dismantled and land near the lake be acquired so that the turtles can lay eggs comfortably. We also advised the fisheries department to shift big fish species as they were eating smaller fish and turtles,” he adds.