‘If trees are lost, giant and flying squirrels will lose their arboreal highways’ 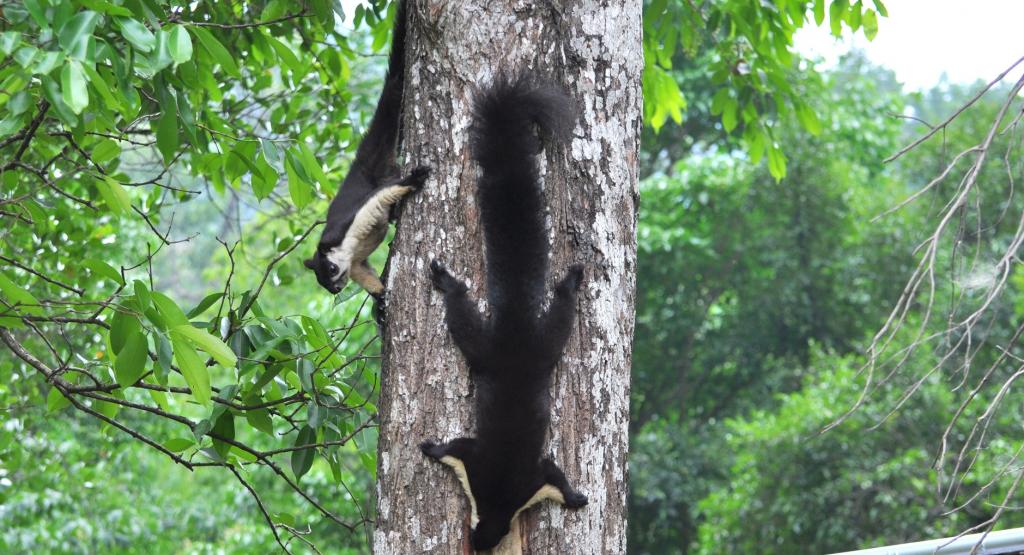 Recently, India’s Malabar Giant Squirrel was in the news after foreign media outlets published photos of the colourful animal taken in a forest in Kerala by an amateur Malayali photographer settled in Saudi Arabia. Readers raved about the beauty of the animal in the photo.

However, few are aware of the ecological catastrophe that could fall over it soon.

“There are three types of giant squirrels found in India and 18 types of flying squirrels,” Murali Krishna Chatakonda, Assistant Professor, Amity Institute of Forestry and Wildlife, Amity University, Noida, told Down To Earth.

So what is the difference between the two groups? “Flying squirrels are strictly nocturnal and giant squirrels are diurnal. So the former come out only at night while the latter come out during the day,” says Murali.

But there is more. “Flying squirrels fly above the canopy while giant squirrels jump through it,” says Firoz Ahmed, scientist with Aaranyak, an Assam-based conservation non-profit.

Flying squirrels do not actually ‘fly’. Their forelimbs and hind limbs are attached together with a fold of skin, a membrane. When they jump above the canopy, the membrane unfolds and it seems that the squirrel is in flight. However, it is actually gliding.

But for both groups of squirrels, one thing is key: trees. If there are no trees, these animals will die.

Ahmed describes it beautifully, “Trees are like the arboreal highways for these animals, whether giant or flying. If you cut trees, huge gaps will be created in between the canopy. These animals won’t be able to glide or jump between them. When this happens, they become disturbed. They can’t find adequate food or mates. Even if the opposite sex is present, the animals will have difficulty mating. Thus, the maintenance of forests is very important for these squirrels,” he says.

Both, giant and flying squirrels are found in India’s two biggest diversity hotspots: the North East and the Western Ghats. Murali describes other threats.

“While deforestation, that is, conversion of forests into agricultural patches and orchards is the biggest thread, there are others too,” he says. “One is hybridisation between members of distinct species of squirrels.” For instance, a recent media report described hybrids between the grizzled giant squirrel and the Indian giant squirrel in Chinnar Wildlife Sanctuary in Kerala.

“Many riverine forests where these animals live, face frequent flooding or deforestation. In both the regions, the South and the North East, the threats facing them vary. While it is habitat loss in the South, in the North East, they are consumed for their meat or used for making local medicine or used as tribal totems,” says Murali. 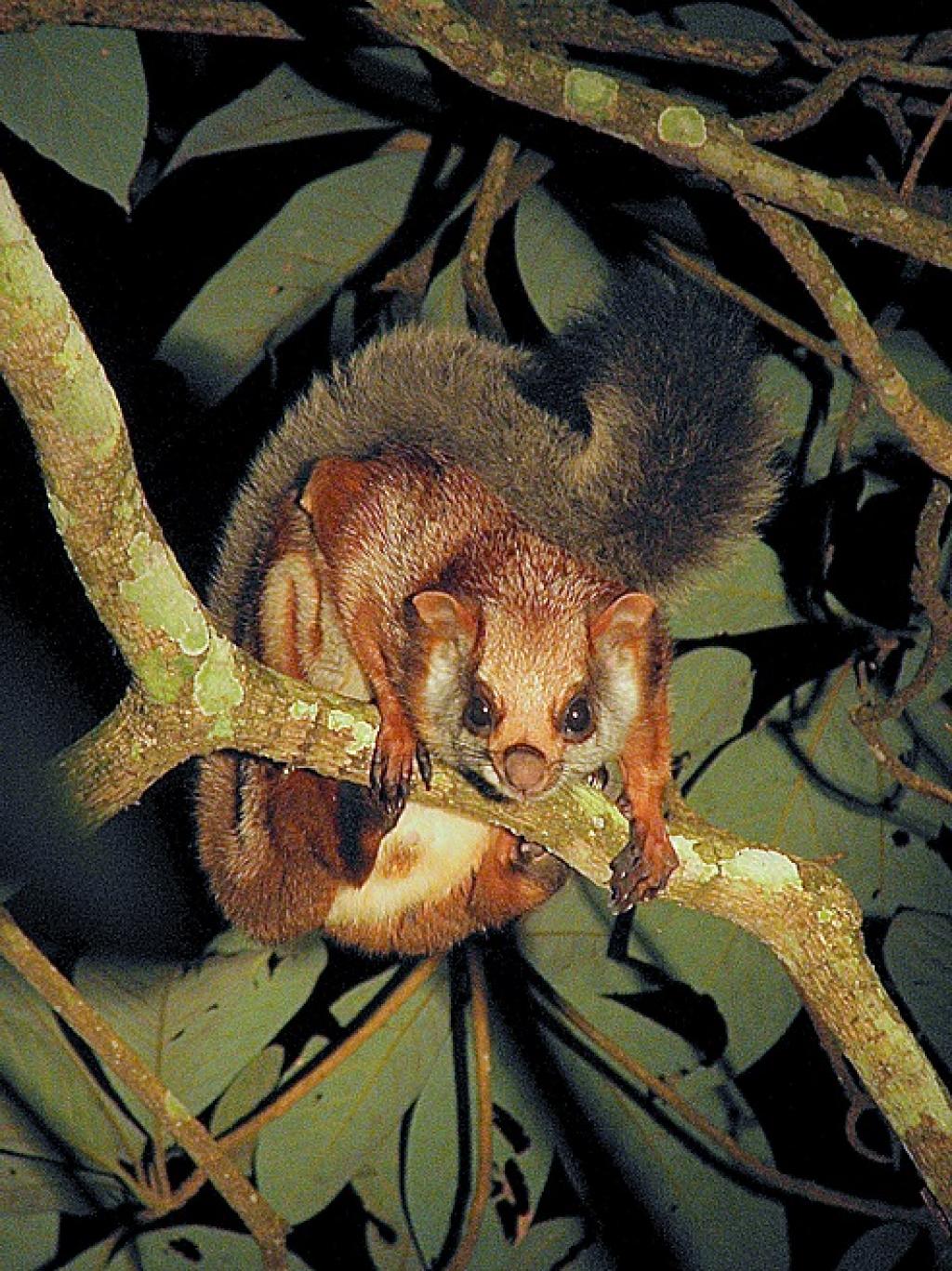 However, there is some cause for hope too. “Since 1987, there has been a blanket ban on extraction of trees from the Supreme Court,” says Nagarajan Baskaran, Assistant Professor at the Dept. of Zoology and Wildlife Biology in AVC College, Mayiladuthurai in Tamil Nadu’s Nagapattinam district. “Since both, Giant and Flying Squirrels are canopy dwellers, this has protected them.”

However, Basakaran says there are newer threats emerging. “Linear infrastructure like roads and highways fragment their habitat. Another threat is weeds like Lantana, which have replaced indigenous plant species in Indian forests. In the event of a forest fire, these can spread the flames to the canopy level instead of restricting them at the ground level as native plants would have,” he says.

Giant squirrels die due to collisions with vehicles while crossing roads. This happens as gaps in canopy are formed due to linear infrastructure.

If these squirrels are lost, what would India lose? Besides the fact that they are a part of our natural heritage, these animals have scientific uses in the forest too. “They  play key roles in forests which include predator-prey relations, seed dispersal and pollination. Whithout them, the ecological process of the forests get hampered,” warns Murali.