While CAG’s latest report on Bihar’s management of its wildlife sanctuaries and national parks is scathing in its indictment of the state government, activists say the government alone is not to blame 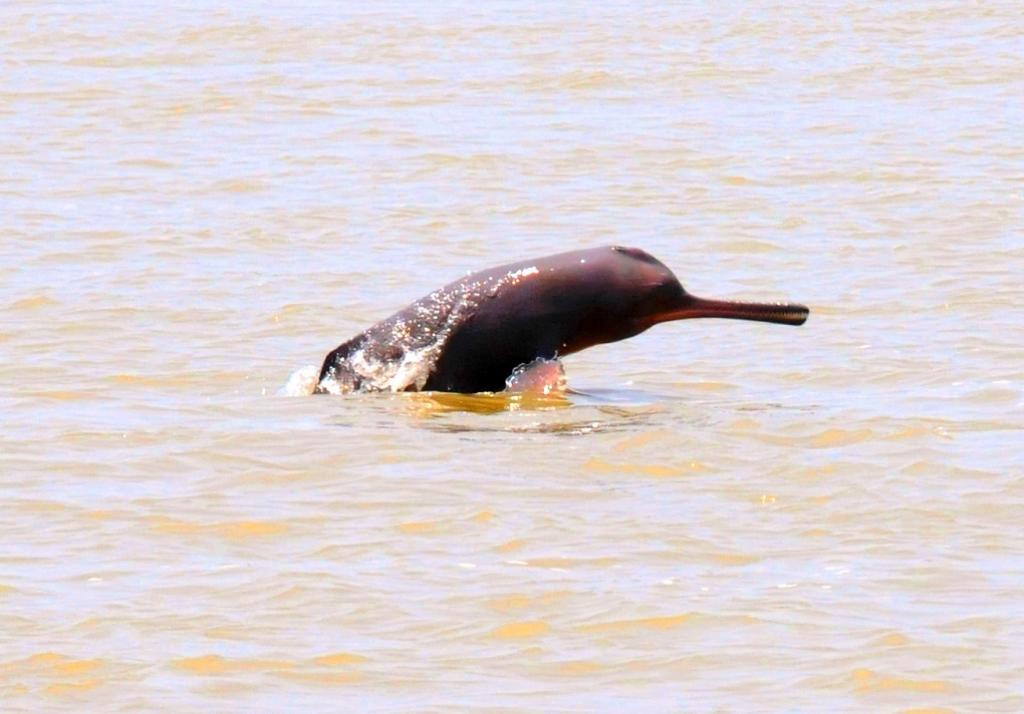 A dolphin surfacing in the Ganga river in Bhagalpur in Bihar. Credit : Mohd Imran Khan

While the Comptroller and Auditor General (CAG) of India has panned the management of Bihar’s national parks and wildlife sanctuaries in its recent report, wildlife conservationists working in the area have told Down To Earth that the situation, though bad, can evolve for the better provided systemic changes take place.

“In my frank opinion, the report is a bit harsh. The government has taken a lot of new initiatives which have not been taken into account in the report. The story of Bihar wildlife in the present day is a bit different,” says Sunil Choudhary, co-ordinator of Vikramshila Biodiversity Research and Education Centre (VBREC) at Tilka Manjhi Bhagalpur University.

“Presently, higher officials as well as the chief minister have shown much concern for wildlife. In 2009, the Gangetic dolphin was declared as the National Aquatic Animal due to the efforts of Nitish Kumar. The current chief wildlife warden takes an active interest in the welfare of wildlife in the state. Initially, when we reported the deaths of any dolphins, the officials used to get extremely annoyed with us. But now, they are more understanding. A rapport has been established between them and the activists,” says Choudhary.

Raza Kazmi, a Ranchi-based conservationist, says, “There have been improvements in the Valmiki Tiger Reserve (VTR). Tiger numbers have risen; management of the reserve is better. Earlier, it was a stronghold of dacoits using the park's porous Indo-Nepal border. But now, with an improved security presence, and focussed efforts in recent years, Valmiki is doing much better.”

The report has highlighted the Bihar Department of Environment and Forests did not provide dedicated staff for protection and conservation of wildlife in 11 sanctuaries in the state, except for the VTR for the period 2012-17.

“To say that there were no problems in the past or there are none now would be a fallacy. My initial experience of working with the state machinery was very frustrating. At one time, there was no wildlife section in the Bihar government. There was only a department of forests. Today, it is the department of environment and forests,” says Choudhary.

He talks about the Vikramshila Gangetic Dolphin Sanctuary. “When it was established in 1991, the sanctuary was a protected area only on paper. When we started working there in 2000, people were not aware this was a wildlife sanctuary and that the dolphins were in danger. There were no trained staff. The forest department officials were not aware of the importance of dolphins or of data related to dolphins,” he adds.

“Today too, there are systemic shortcomings. For instance, recruitment of forest staff is a problem. Those in place currently are temporary and working ad hoc. There are dedicated staff for the Valmiki Tiger Reserve but not for Vikramshila and other sanctuaries. Moreover, the Divisional Forest Officer also serves as the wildlife warden. He has a lot of work involving social forestry, the Hariyali Mission Programme and most of his time is spent in the courts.”

“What Bihar is attained in wildlife conservation is praiseworthy. But we should not be complacent and should plug the lacunae that are still present,” feels Choudhary.

Kazmi agrees that the other protected areas of the state are crying for attention.

“The other sanctuaries are in a very bad shape. The Bhimbandh Wildlife Sanctuary, one of the largest in Bihar and once famous for frequent sightings of white tigers has been a complete information blackhole now for more than 30 years. Similarly, Kaimur, another large sanctuary has completely fallen off the map. While resident tigers have vanished, migrant tigers are still reported by locals to visit the area. However, there is absolutely no monitoring or protection of this critical landscape. On a recent visit to Gautam Buddha Sanctuary, once a tiger and sambar stronghold right upto the late 1980s, I found that even the motorable forest roads had disappeared,” he says.

Kazmi has some suggestions. “Bihar’s saving grace is that its insurgency situation is not as bad as that in Jharkhand or Chhattisgarh. So if the department decides, it can strengthen its enforcement mechanisms. The key for the Bihar government is to fill up all staff vacancies, post dedicated, wildlife-oriented officers in its protected areas and be open to outside expertise.”

Besides, he feels, it would not be wise to apportion all blame on the government. “We cannot put all the blame at the government’s door. Prominent conservation groups from India and even abroad usually do not care much about the east-central Indian landscape, comprising the states of Odisha, Bihar, Jharkhand, Chhattisgarh, Telangana and Andhra Pradesh. Their area of operation is limited to the same old research areas of the Western Ghats as well as Madhya Pradesh, Rajasthan and Uttarakhand. When there is no public pressure on our protected areas from both, conservation groups and civil society at large, governments will eventually slack. This is something that ails not just Bihar but all the protected areas of east-central India by and large."