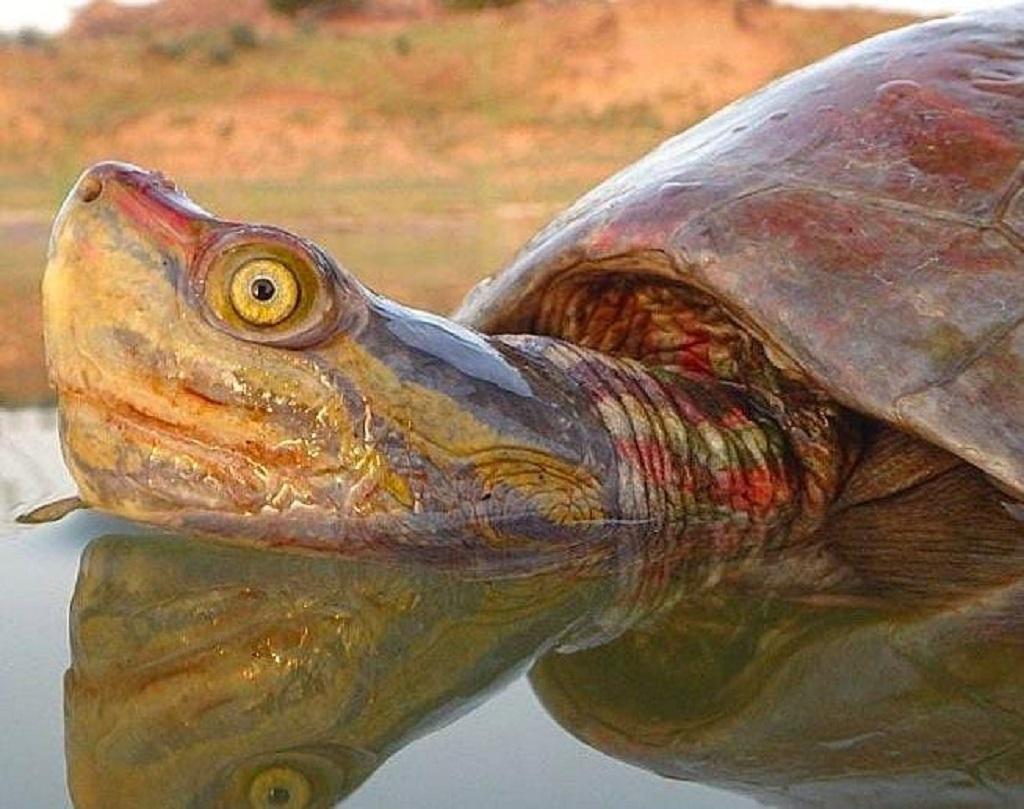 In a step forward towards conservation, two Indian turtle species — the red-crowned roofed turtles (Batagur kachuga) and Leith’s soft-shell turtle (Nilssonia leithii) — have made it to the Appendix I of the Convention on International Trade in Endangered Species (CITES).

The decision was made at the ongoing 19th Conference of Parties (COP19) in Panama City. The species were moved from Appendix II to Appendix I which means the species is threatened with extinction.

Appendix II lists species that are not necessarily threatened with extinction, according to CITES. But their trade must be monitored lest it eventually threatens their survival.

Red-crowned roofed turtle is native to India, Nepal and Bangladesh and known to be widely found in the Ganga and Brahmaputra river basins, according to the Wildlife Institute of India (WII). At present in India, the National Chambal River Gharial Sanctuary is the only geographic area where the species is found in substantial numbers.

Although some of these species are found in protected areas, their habitat is under threat.

Major threats for these turtles and other species are increasing loss of habitat due to pollution and unchecked urbanisation. Other reasons for habitat loss include water extraction and irrigation, leading to irregular flow of upstream dams and reservoirs.

Sand mining and agriculture activities along the Ganga are significantly affecting the sandbars, which are safe nesting areas for the species, according to WII.

Besides, drowning due to illegal fishing nets, poaching and illegal trade further threaten their existence.

Shailendra Singh, director of Turtle Survival Alliance, India hailed the decision, saying that the freshwater species are threatened with extinction and need to be protected, especially from illegal trade.

“About 50 years ago, red-crowned roofed turtles were found across the Ganga river plains, but now its presence has reduced to Chambal river. The turtle species is used mainly for pet trade,” he told Down To Earth (DTE).

The male turtle is beautiful and is in high demand in the domestic and international markets, Singh said. About 30 male turtles were confiscated from Agra in 2017, while another seizure was made from Bengaluru in 2018-19.

The male species is estimated to be sold at 2,000 euros in the international market.

Leith’s soft-shell turtle is endemic to India, Singh said. “There are four species under the genus nilsonia and they are extensively sought in international illegal trade for its high demand in traditional Chinese medicine and soup delicacy,” he added.

The turtle is very rare and not detected in international trade so far, the expert said. “It is difficult to understand which of the four species is in high demand and what their numbers are.”

Including the species in Appendix I will help curb international trade and hopefully revive the species, said WII.

Earlier in 2019 during the 18th CITES plenary meeting in Geneva, Indian star tortoises were added to the Appendix I.