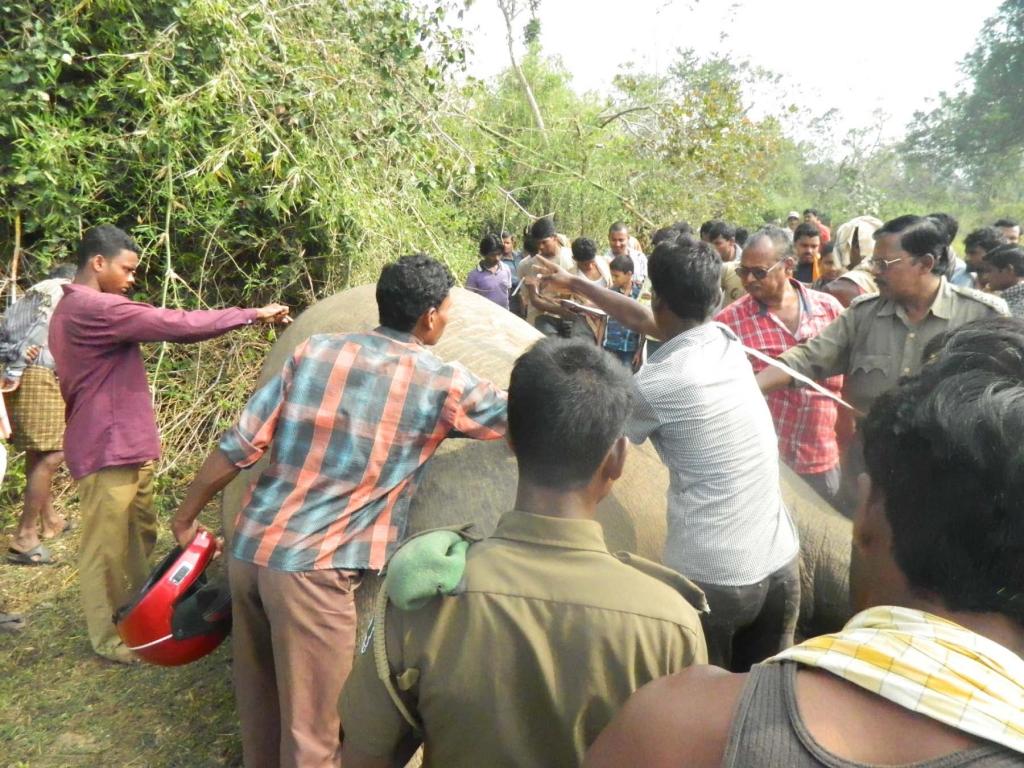 A female elephant was electrocuted on the night of October 27 after it reportedly came in contact with a livewire trap laid by farmers in Bagharatola forest under Rourkela forest division in Odisha’s Sundargarh district.

The body of the elephant was spotted by local residents on the morning of October 28. They in turn informed forest officials, Odisha chief wildlife warden and principal chief conservator of forests, HS Upadhyaya, said.

The area has witnessed the deaths of some villagers and widespread damages to houses and crops by elephants in recent years. It is suspected that the electric wires were used as fencing to protect farmlands from the intrusions of elephants.

The officials of the electricity department committed gross negligence while laying electric wires through sanctuaries and forests in the state. They should have enveloped the electric wires passing through forests according to the guidelines of the government, the forest officer added.

On June 10 this year, three elephants were electrocuted in the Borapada forest of Dhenkanal district.

Since April 2010, 727 elephants have died in Odisha, 114 of them due to electrocution. One reason for electrocution deaths of elephants in the state is due to its weak power infrastructure.

Live electric wires sag at many places. When elephants pass through those areas, they come in contact with the wires, Biswajit Mohanty, an environmentalist and the secretary of Wildlife Society of Odisha, said.

Between 2000 and 2010, on an average, 70 elephant deaths were recorded per year in Odisha, which has a population of just 1,976 elephants, compared to other elephant-range states like Karnataka, Kerala, Assam and Tamil Nadu, which have twice or thrice the number of pachyderms as compared to Odisha, Mohanty added.

2019 saw the highest number of electrocutions till date — 26, of which, 12 were by sagging power lines and 12 by hooking of live wire for poaching.

The electrocution of seven elephants together near Kamalanga, Dhenkanal on October 27, 2018, is regarded as one of the biggest-ever tragedies in the annals of India’s wildlife history, added Mohanty.