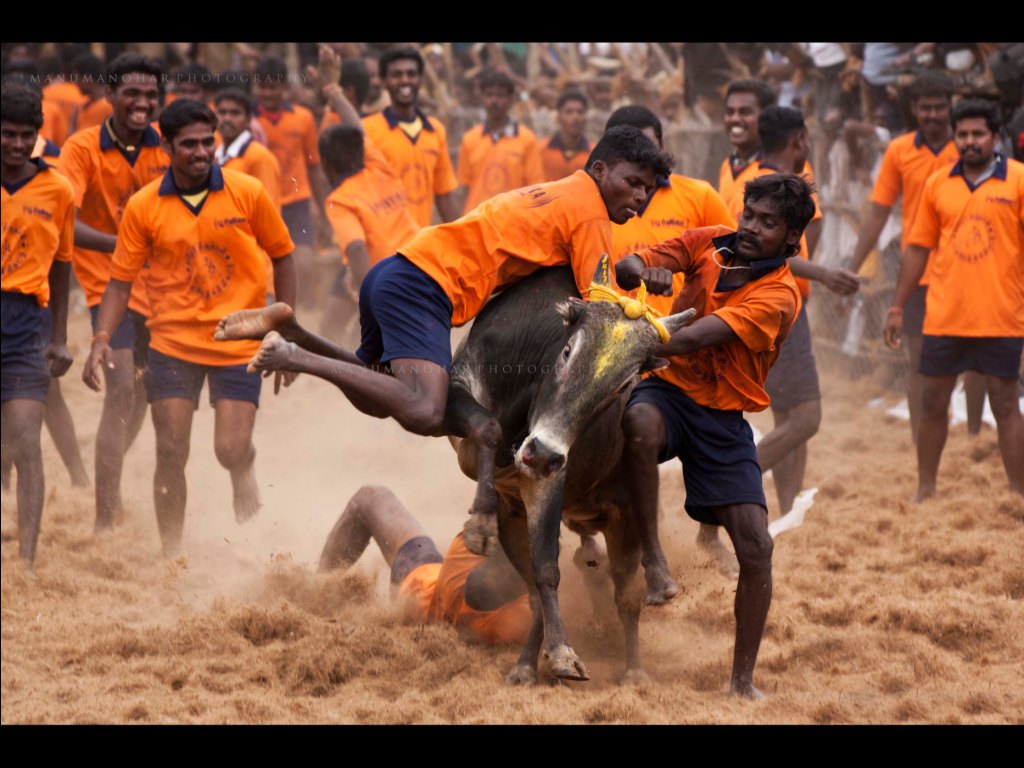 Two months ahead of the state going to polls, the animal protection organization—Federation of Indian Animal Protection Organisation (FIAPO) has written to various political parties in Tamil Nadu urging them against Jallikattu or bull fighting and taming.

In the letter, Arpan Sharma, the director of FIAPO has urged the political parties to adopt a stand based on compassion and justice for the animals involved in this ritual.

Speaking to Down To Earth, Arpan Sharma said, “The common man is compassionate and we urge leaders to not make this a political issue despite the fact that animal exploitation is a political issue. We hail from a culture that teaches compassion and not harass the animals. If it is a part of the culture, we need to move ahead with times.”

Jallikattu involves bulls being tortured, threatened, starved, administered alcohol and inflicted with pain to make them violent before being sent to the arena. As a result, the bulls suffer from severe forms of physical and mental injuries and even death.

The issue, however, is a sensitive issue in the state and on January 12 this year, the Supreme Court revoked the Centre's notification allowing Jallikattu. Within an hour of the apex court staying the ban, Tamil Nadu Chief Minister J Jayalalithaa had written to Prime Minister Narendra Modi demanding him to bring an ordinance allowing the bull taming sport.

"It is important that sentiments of Tamil Nadu people, who've deep attachment to traditional event of Jallikattu, are respected. I strongly reiterate my earlier request to the government to promulgate ordinance forthwith to enable the conduct of Jallikattu," Jayalalithaa's letter to the prime minister had stated.

Revoking the ban on Jallikattu seemed one issue that brought all the polictial parties of the state on a singular unified platform. Addressing the reporters, DMK president M Karunanidhi had said that considering the sentiments of the people, the Centre should immediately work towards promulgating an ordinance to amend the Prevention of Cruelty to Animals Act and ensure Jallikattu carries on. In a statement, PMK founder S Ramadoss alleged that the Centre took the route of an executive order to lift the ban despite many calls for an ordinance, making it easier for the Supreme Court to issue the interim stay on Jallikattu.