Kind treatment of dogs is reciprocated; they must also be allowed to scavenge for their meal and sterilised, the researchers said 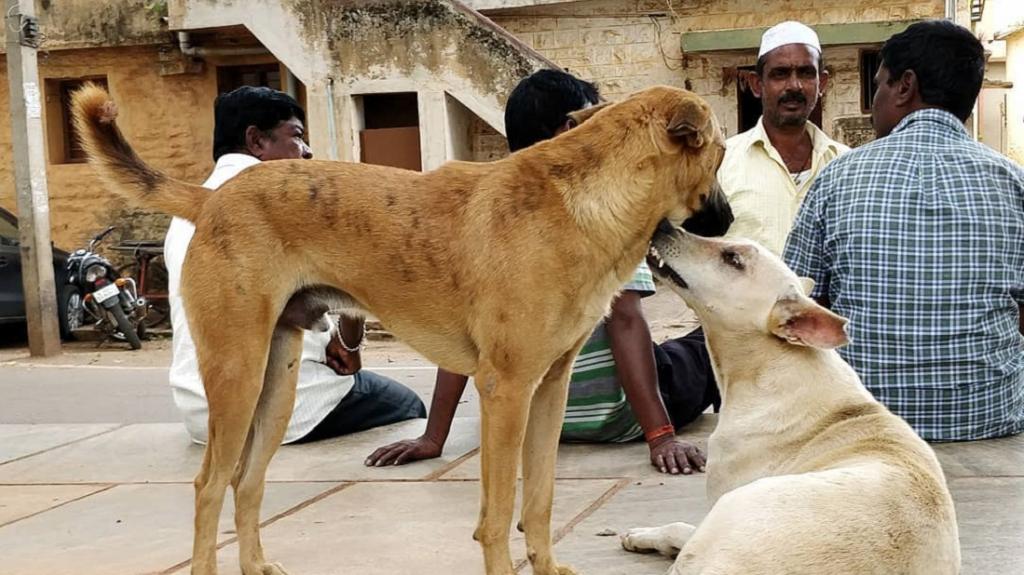 Changing human flux and urban landscape has a significant influence on the personality and psyche of stray / free-ranging or street dogs in India, a recent study by the Dog Lab at the Indian Institute of Science Education and Research (IISER) Kolkata has said.

India’s free-ranging dogs comprise about 80 per cent of the globe’s dog population. The study was conducted by a team of researchers to understand how humans influence dogs’ personalities in their habitat.

The testing was across 60 sites across nine cities in India, on 600 adult dogs. The perception of 1,200 people was additionally included for the study.

The high flux area was defined by the high movement of humans such as bus and railway stations, markets and other crowded areas.

“It was surprising to find that dogs were the friendliest and most social in the intermediate zone. This is probably because more people tend to offer food and be kind towards them,” Anindita Bhadra, associate professor at IISER Kolkata, said.

“Humans have a love-hate relationship with dogs. People often ask questions like why some dogs in a particular area tend to be friendly while those in other areas show aggression,” Bhadra said.

The scientist said the answer lay within people, as to how humans treated the dogs in a particular area. “Dogs may not always be approached in a friendly manner in high flux zones. Some people may be friendly, while many would shoo them away,” Bhadra added.

“Though they initially seemed apprehensive, the dogs approached in a friendly manner when they were offered food in the high human flux areas,” Bhadra said.

Dogs seemed to be more responsive even with friendly calls in intermediate human flux areas. “Lesser effort was needed for dogs to approach and they behaved in a much friendlier manner. They also looked more relaxed,” Bhadra said.

The scientist, who leads the Dog Lab, India’s only lab extensively working on the behavioural ecology of free-ranging dogs, said, “The dogs in the low flux areas did not respond as expected even when offered food.”

The scientist said the reason might be the dogs getting fewer opportunities to interact with humans, who often could be strangers to them. “These dogs looked fearful and anxious and took time to become friendly towards humans,” she said.

Bhadra said dogs had co-evolved with humans over thousands of years, sharing the same habitat and living space. “It becomes a matter of utmost importance how we, as humans, interact with the dogs around us as it affects them both positively and negatively,” she said.

“Being ‘nice’ or ‘positive’ towards dogs may result in significantly less conflict with unknown humans. The same holds true when you do not initiate an interaction or be neutral to them,” Bhattacharjee said.

“In simple words, if an individual dog receives negative actions from humans (such as beating) all the time, he / she will be highly likely to react accordingly when encountering an unknown human,” he added.

The researcher said that being affectionate or even neutral was the key to avoid negative consequences. “Non-profits can disseminate such scientific findings to increase awareness among people,” he said.

Bhattacharjee further said it was time for humans to remind themselves that dogs had evolved to be in proximity to humans.

“As a result of co-evolution, the social-cognitive skills of dogs have enabled them to understand our actions and gestures. At the same time, we should not forget that these dogs are scavengers and depend completely on human-subsidised food. So, love them but let them find their meal (until and unless you keep them inside your house). Extra care may not be beneficial for them,” he said.

“Nevertheless, for effective dog care and management, sterilisation is the first step, which would ensure a controlled population of dogs in the streets. However, implementing this in a country like India is an issue,” he said.

Shelke added that often shop owners take care of dogs and these animals are intelligent enough to understand who cares for them. “Some residential societies do not allow dogs and the free-ranging animals tend to reciprocate with aggression,” he said.

“The key is to behave nicely with dogs,” Shelke said.

The findings of the study, Sociability of Indian Free-Randing Dogs (Canis Lupus Familiaris) Varies with Human Movement in Urban Areas, were published in the Journal of Comparative Psychology.