An American researcher, who worked on mitigating the canine distemper outbreak in Tanzania’s Serengeti National Park in 1994, talks to Down To Earth about how many more Gir lions could have been exposed to the deadly virus

After the recent deaths of 21 Asiatic lions in Gir National Park owing to canine distemper virus (CDV), the administration, in a knee-jerk reaction, took several steps like forming 140 teams to comb the forest area for diseased lions, calling experts from Wildlife Institute of India, Delhi Zoo, Indian Veterinary Research Institute, Bareilly, and quarantining around 30 lions in Jasadhar and Jamvada rescue centres. But all in vain. Three more lions died on October 22 in the Dhari division of Gujarat, say highly placed sources in the Gujarat Forest Department. “Bodies of three more lions have been found in the Dhari division, and it might be that they died of CDV,” said the forest official requesting anonymity.

Tanzania’s Serengeti National Park, which is a Mecca for leonine aficionados and experts alike, has also been the site of tragedy. In 1994, an outbreak of the canine distemper virus (CDV) killed 1,000 of the 3,000 lions in the park. Still, the habitat is resilient. Within four years, lion numbers had come up. Serengeti offers lessons to Gir. 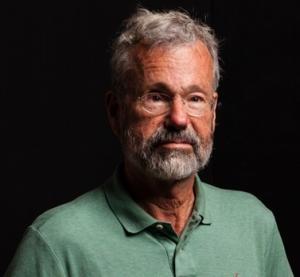 Craig Packer, director of the Lion Research Centre at the University of Minnesota in the US and part of a team involved in mitigating the CDV outbreak at the Serengeti sanctuary, spoke to Down To Earth. Excerpts:

How was the epidemic brought under control at Serengeti?

We knew of several. outbreaks, and they always ran their course Once infected, an animal either dies or develops lifelong immunity (just like we do with measles). It’s probably too late to do anything now to stop the current outbreak in Gir because many of the lions could have already been exposed to the virus but haven’t yet shown symptoms.

Have there been any outbreaks of CDV among Serengeti lions after 1994?

There have been outbreaks in the Serengeti every 5-13 years since the 1970s, but the disease only caused minor symptoms during most epidemics. The high mortality rates in the Serengeti in 1994 and in Ngorongoro Crater in 2001 resulted from co-infection with unusually high levels of Babesia, a tick-borne parasite that spreads from prey animals to lions during droughts.

Are Gir lions more vulnerable to CDV because they are genetically not very diverse?

Our studies of the similarly inbred lion population in Ngorongoro Crater suggest that these animals are more susceptible to infectious disease—as would be expected from our knowledge of the mammalian immune system.  Gene regions involved in protection against infectious disease are among the most diverse in our entire genome.  In a population with reduced genetic diversity, the parasite is more likely to find new victims with the same genetic susceptibility.

(This is the second section of a four-part series on the death of Gir Lions. It will also appear in Down To Earth's November 1-15 print edition under the headline 'Pride goes before a fall'. Reach the first section here)