Ocean acidifcation will significantly affect the fitness, physiology, reproduction and behaviour of everything in the sea from sharks and whales to the tiniest of plankton 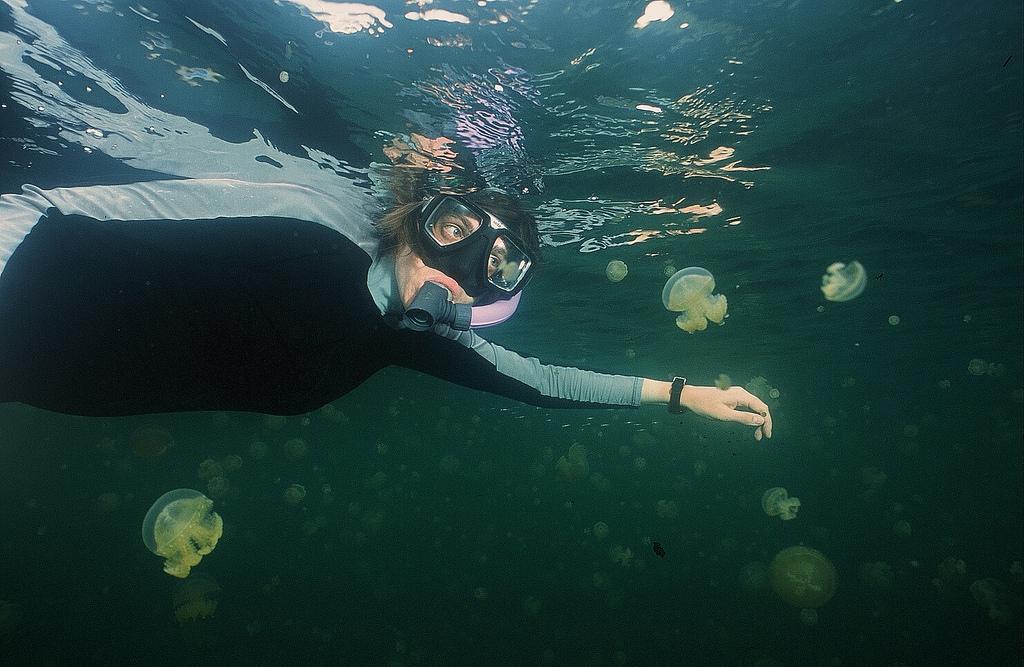 'Smell-free seas' would be a disaster for marine life Credit: bettyx1138 / Flicker

The oceans are becoming ever more acidic as humans pump increasing amounts of carbon dioxide into the atmosphere. These acidic oceans will change smell molecules and render them unrecognisable for animals in the sea.

Chemical communication using smell is essential for marine organisms. Its importance is comparable to the combined status of vision and hearing in humans. My latest research reveals that smell molecules in the ocean are significantly affected by ongoing ocean acidification.

Smell molecules are chemicals that are produced by organisms either on purpose – by females to attract males, for instance – or by chance during natural processes such as protein degradation. In both cases, they can be used by animals to smell their way around.

Imagine you are a little crab living on a shore covered with large rocks and deep pools, and battered by tides and waves. The only way to find your lunchtime snack would be to smell it from a distance. But the same also applies to the octopus hunting you. So you, the crab, also rely on smelling the octopus first to avoid being eaten. What if all this were no longer possible?

Man-made, increasing carbon dioxide emissions have caused the pH in our world’s oceans to decrease, an effect called ocean acidification. By the year 2100, the sea surface pH is predicted to drop by up to 0.4 units. This may not seem much, but it has been shown to significantly affect the fitness, physiology, reproduction and behaviour of everything in the sea from huge sharks and whales to the tiniest of plankton.

Many molecules transporting smell from its source to an organism are potentially sensitive to pH. This holds particularly true for peptides and proteins, which are used, for example, by crabs, barnacles and mussels as indicators for food, predators, settlement spaces or during brood care and larval hatching. The main question is whether a drop in pH will render them ineffective.

For a molecule to be “smelled” by an animal’s receptor – usually its “nose”, although crabs actually smell using their antennae and even the tips of their legs – two characteristics are key: how the different bits of the molecule are arranged, or “conformed”, together, and whether it is positively or negatively charged. Both turn out to be affected by changes in pH.

Nuclear magnetic resonance spectroscopy can be used to determine what happens to smell molecules in different pH conditions. But to assess what smell molecules of the future will be like (when the ocean will become more acidic) we need to use computer models.

The image below looks at three smell molecules used by crab larvae to communicate. While in their eggs, tucked underneath the female’s belly, the larvae release these smells to tell their mums when they need more ventilation, oxygen or assistance to hatch. The three smell molecules are shown as they are in today’s oceans (on the left) and under expected conditions until 2100.

Molecules representing the smell today are relatively compact and have very distinct areas of positive and negative charge (with green indicating neutral areas). In contrast, the future molecules are less compact and have an overall positive charge. These changes were found to happen exactly within the ocean pH range expected from today until the year 2100.

With both charge and conformation affected by pH changes, ocean acidification clearly affects the process of smelling.

Will animals still be able to smell?

This can be tested by observing animal behaviour in different pH conditions before and after a smell substance is added to the water. In our study we used female green crabs, also known as shore crabs (Carcinus maenas), Britain’s most common crab. In normal pH conditions, after the smell substance was added, the female crabs responded by increasingly ventilating their eggs.

But when we lowered the pH to the more acidic levels predicted for the year 2100, the crabs no longer responded to the smell. This suggests that in future oceans, smell molecules may lose their function.

The combination of computational, chemical and biological techniques has helped to uncover a new mechanism by revealing the molecular effects and actual consequences of changing pH in the world’s oceans on “scent”.

But what do these observed changes mean? The smell molecules tested in the study are examples for one class of chemicals and are known to play a role in the settlement of barnacle and oyster larvae, shell location of hermit crabs and brood care and larval release of shrimps and crabs.

If all marine smell molecules were affected in a similar way, chemical communication in the ocean would be completely disrupted. It would be comparable to a world without light and sound for us humans.

Luckily, not all smell molecules are the same and some may work differently. How each one works will determine whether the crab or the octopus will end up with their lunchtime snack. At the moment we don’t know enough about smell molecules and their functions in the ocean to foresee the overall effects. The wider ecosystem consequences of this newly found mechanism, however, are yet to be investigated.