What is in a name? Plenty if you are this fish

The hump-backed mahseer, native to South India, has been given a scientific name in a race to save it from extinction 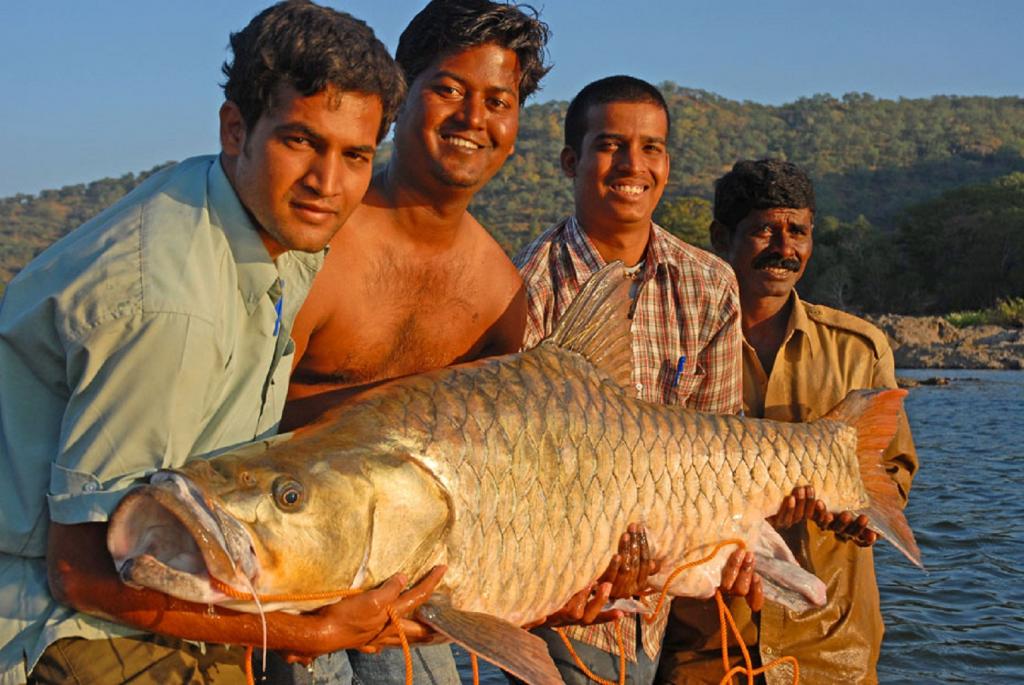 A full 145 years after being first popularised by the publication of HS Thomas’ classic, A Rod in India in 1873, the iconic hump-backed mahseer has been allocated a scientific name—Tor remadevii—as a key step in trying to save this highly threatened species from extinction, according to a press release by UK-based Bournemouth University.

Being capable of exceeding lengths of 1.5 metres and body weights of 55 kg, this freshwater giant qualifies as megafauna, yet has until recently avoided the attention of ichthyologists (fish experts) and remained a taxonomic enigma to the scientific world.

This giant member of the carp family has been known to anglers around the globe as “one of the largest, hardest fighting and most iconic freshwater game fish in the world”, but due to a restricted natural distribution and a range of escalating environmental pressures, the survival of the species is currently uncertain.

A team of researchers, led by Bournemouth University’s Adrian Pinder, has been working with the species for a number of years. Through extensive research, the fish was discovered to be endemic to South India’s Cauvery River system and its various tributaries.

The former catch-and-release based recreational fishery of the Cauvery has been widely cited as positively contributing towards mahseer conservation. Using historic catch records collected by anglers, it became apparent that since 2004, the species had experienced a dramatic crash in population numbers, leaving the humpback on the edge of extinction.

Lacking a formal scientific name has precluded the iconic hump-backed mahseer from being afforded formal recognition on the IUCN Red List of Threatened Species and, therefore, left the few remaining fish unprotected against factors such as dynamite fishing and river engineering projects, which combine to threaten vital habitats that support the existence of this species.

In 2015, in a scientific paper published in the international journal Endangered Species Research, Pinder’s team identified the stocking of non-indigenous mahseer species into the main River Cauvery as a major biodiversity threat and a key reason for the collapse of the endemic hump-backed mahseer.

Down to Earth had reported about the plight of the fish in 2015.

Pinder, also Director of Research at the Mahseer Trust, a UK registered charity, set up to conserve mahseer species and their environment, says, “It was just unbelievable that such an enormous animal, recognised by anglers around the world, could be about to go extinct in advance of being afforded a scientific name.

“We knew something needed to be done to support the survival of this species. The alarming and rapid loss of this iconic species from the majority of the Cauvery system has deeper conservation implications. Indeed, as an ‘indicator species’ and apex predator, the loss of the humpback will have knock-on ramifications for the wider biodiversity of the river.”

A fact-finding project was conducted, involving scientists from the three states through which the River Cauvery flows; Karnataka, Kerala and Tamil Nadu, to find the fish and collect data such as body measurements and DNA.

Working with the fishermen of a local tribal community, the team was eventually successful in finding a small population of humpbacks in the isolated River Moyar, Tamil Nadu. The results revealed that the DNA sequence of the hump-backed mahseer was unique, distinguishing it from all other previously described species of mahseer.

This led Pinder’s team to believe that they were on the cusp of naming a new species, until a paper published in the proceedings of a 2006 conference in Kuala Lumpur came to light. This described a new species of mahseer called Tor remadevii. The description was extremely limited in detail and based only on a sample of small juvenile fish from the River Cauvery’s most southern tributary, the River Pambar, which flows through Kerala before joining the lower reaches of the Cauvery in Tamil Nadu. This revelation sparked new lines of investigation to find Tor remadevii at the “type” locality (the geographic origin of the species description) and to undertake detailed examination of the “type” specimens deposited in museum collections. The results of these investigations confirmed that the hump-backed mahseer was, in fact, synonymous with Tor remadevii.

In a paper published in the international scientific journal Plos One, Pinder and his colleagues have fixed the scientific name of the hump-backed mahseer as Tor remadevii.

After meeting with Pinder’s team at Pune, officials of the International Union for Conservation of Nature have generated a draft Red List assessment of Tor remadevii, with the species qualifying as “Critically Endangered”.

This assessment will now be reviewed and find a place on the IUCN Red List of Threatened Species, in its next update. Pinder says, “This will be a pivotal move in securing much needed protection and immediate conservation planning to save the species from extinction.”