The Union ministry of agriculture has moved an amendment to the Seeds Act, 1966, and also proposes to create a National Seeds Grid. While the aim of the former is to improve labels on seeds to help the farmer, the latter seeks to facilitate the availability of seeds. The effectiveness of both the moves is being debated 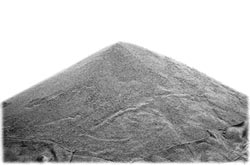 the Union ministry of agriculture (moa) has moved an amendment to the Seeds Act, 1966, and also proposes to create a National Seeds Grid. While the aim of the former is to improve labels on seeds to help the farmer, the latter seeks to facilitate the availability of seeds. The effectiveness of both the moves is being debated.

The amendment proposal is awaiting the Union cabinet's nod to be tabled in parliament. The existing Seeds Act allows for seeds to be sold in two ways in the country, says Rajendra Kumar, head of the department of seed science and technology at the Indian Agricultural Research Institute, New Delhi.

The first method requires varieties to be notified by the government through a three-year process that involves state governments, the Indian Council of Agricultural Research (icar) and moa. In the other system, seeds are not notified but bear labels of the expected yields and meet certain minimum standards prescribed by the authorities. Less than 5-10 per cent of the seed material developed by private companies goes through the notification process, points out Kumar.

The reason for this is a conflict of interests in the procedure. Private companies do not opt for it because they compete with the public sector seed research establishment. Agriculture ministry officials claim that the proposed amendment would usher in greater accountability in the case of private seed companies not covered by the notification process. "The amendment would bring all such entities within the ambit of the legislation. They would have to declare the expected performance of the seed and state this on the packet's label. In other words, the companies will be disclosing more data," explains Ashish Bahuguna, joint secretary (seeds), moa. "This would help farmers in hauling up the company if the seeds don't perform," he adds.

The seed industry's opinion varies on the issue, depending on the entity's ties with public sector institutions. Amrit Sagar Katariya is the director of the New Delhi-based Seed Association of India, said to be close to the trader lobby. He doesn't see the proposed amendment favourably, asserting that the existing Seed Act itself holds the companies responsible for crop failure, which is against the international trend: "There are countless reasons for crop failure. Why blame the seed producer?" In his view, crop failure should be covered by compensation and insurance, not liability. But D C Dev, secretary general of the Association of Seed Industry in Mumbai, supports the draft of the amendment, which was prepared in consultation with the industry. He says the companies should be responsible for what they sell.

For their part, farmers can hold the errant seed company accountable by dragging it to the consumer court. "But there is no real statutory provision to fix the seed company's responsibility in case of the product's non-performance," laments Suman Sahai of Gene Campaign, an organisation that campaigns for farmer's rights. This flaw, says Sahai, came to the fore during the Bt cotton row. The seeds of Monsanto- mahyco failed to deliver promised yields in several cases, yet the company got away, she says. It is impossible for farmers to approach consumer courts, she contends, adding that the present talk of accountability would amount to mere tokenism unless a liability clause is included in the legislation, which isn't likely at all.

An official involved in the drafting of the amendment points out another loophole. He says that it would make 'agronomic performance' (the yield) the sole criterion for approving a seed variety. "We had recommended wider criteria. For example, a seed may not give a bumper yield but might grow with less water and fertiliser. Such efficiencies are not encouraged in the single-minded pursuit of yields," he says.
The National Seeds Grid is proposed to be implemented by the end of the 10th Five-Year Plan. It envisages a computerised network of district-wise information on the amount and type of seed required as well as on the production and distribution of seeds. It would include all private and public sector seed agencies. Bahuguna says the real challenge is to get the private sector to collaborate.

Katariya stresses that seed producers do not want to share market information, which is the very basis of their business. K V Somani of Sungro Seeds Limited in Delhi points out that sharing information can result in heavy losses to the producer. "After a company estimates the requirement in a particular area, it produces seeds in excess of the demand for the season. If all the stocks were to be disclosed, the buyer would know about the surplus and ask for very low prices. In such a scenario, the seed company won't even be able to recover costs," he says.