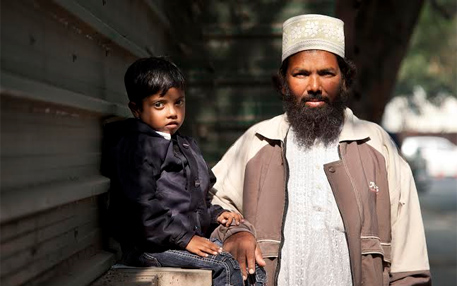 Mohammed Ahmed, little less than seven years old, has been battling for life ince his birth. His parents fear losing their only surviving child every day of their lives. Having lost their four children to genetic disease Gaucher's type-I, the parents have been pleading with the Central and Delhi governments to fund the costly treatment of their last surviving child. As the plea fell on deaf ears, Mohammed Sirajuddin, Ahmed's father who is a rickshaw puller, has approached the Delhi High Court for help, invoking the Right to Life, guaranteed under Article 21 of the Indian Constitution. The court directed the Central and Delhi governments and the All India Institute of Medical Sciences (AIIMS) on Friday to submit their replies within two weeks.

"Right now Ahmed's spleen is grown six inches extra. If it grows more and bursts, then we will not be able to save him," says Sirajuddin. Ahmed is being treated at AIIMS. The only treatment for his condition is enzyme replacement therapy (ERT), to be carried out twice a month, lifelong. Each vial of enzyme costs a few lakh rupees. In July 2013, the Delhi Government sanctioned Rs 4, 80,000 from Dilli Arogya Kosh for the therapy. The money lasted a month. Another prescription dated October 29, given by the genetics unit of department of paediatrics, AIIMS, recommends ERT that would cost above Rs 6 lakh as per the weight of the child.

"The amount of enzyme to be given is determined according to the patient's weight. Thus, the cost of the treatment increases as a child grows," says Seema Kapoor, professor at the department of paediatrics, genetics division, Maulana Azad Medical College. The cost may touch crores for an adult.

Summers are especially bad for Ahmed. He gets fever in the range of 102 to 103°F, and has constant cold and cough. Local doctors don't give him medication out of fear of adverse effect. “We have to bring him to AIIMS every time where his doctor assesses the situation and gives him as little medicine as possible. High fever can be fatal for him, according to doctors," says Sirajuddin, a resident of Nangloi. The distance from his home to AIIMS is approximately 26 km and travel time is one-and-a-half hours by public transport.

Gaucher's is a part of a larger conglomerate of rare genetic disorders called the Lysosomal Storage Disorders. Though there is no data for the exact number of people affected by the disease, estimates suggest a little more than 100 Indians are suffering from Gaucher's.

"We have been demanding a policy to manage the disease in the country. Paying for treatment of the suffering people is one part. It will require screening at birth of all children to mark people with the disorder. Genetic counselling and advice to infected couples to not produce children will also be a part of it. But the government has made no commitment so far in that direction," says Prasanna Shirole, president of Lysosomal Storage Disorders Support Society (LSDSS). The society is an advocacy group for rare genetic disease patients.

Advocate Ashok Aggarwal, lawyer of Ahmed, says that the fight is to put a system in place for all such patients. "When crores can be spent on treatment of politicians and government officials in high posts, why can’t such amount be spent on common citizens of the country? Are they less important?" These are some questions that Aggarwal wishes to raise through the case.

Meanwhile, Ahmed has kept up his spirit. He goes to school and is in first standard. "Salman Khan is my favourite hero," he says, breaking into giggles outside the Delhi High Court after the hearing. His feels energetic since he got his last ERT in October.