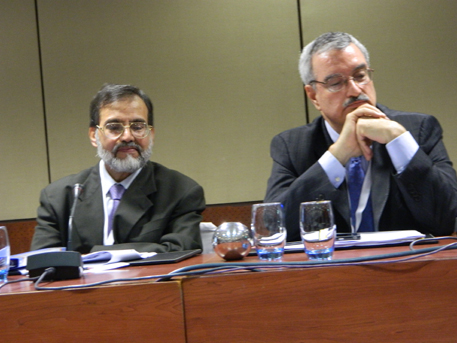 Will India ratify the international treaty dealing with liability arising from damage caused by genetically modified organisms (GMOs) and living modified organisms (LMOs)? Chances are bleak if one were to go by what M F Farooqui, special secretary with the Union Ministry of Environment and Forests (MoEF), said. “India is positive about the protocol but it will take time to ratify it,” he said at a press conference held on October 1 at Hyderabad. Farooqui was referring to the Nagoya-Kuala Lumpur (N_KL) Supplementary Protocol on Liability and Redress to the Cartagena Protocol on Biosafety. The press conference was organised as part of the ongoing sixth meeting of the parties to the Cartagena Protocol on Biosafety. The five-day meeting is the first part of the eleventh United Nations Convention on Biological Diversity (CBD).

The Caratagena Protocol on Biosafety was adopted in 2000 for protecting biodiversity from the adverse affects of GMOs and LMOs. LMOs broadly refer to genetically modified crops. It was accepted that these organisms, the products of the modern biotechnology and genetic engineering, cause damage to ecosystems and human health. The protocol is a multi-lateral environmental agreement that is intended to contribute to the safe transfer, handling and use of GMOs and LMOs. The protocol was signed by 163 countries and the European Union. India is a party to this protocol.

“It (N_KL protocol) needs serious inter-ministerial deliberations,” said Farooqui. Only after that India can ratify it, he added. When it is yet to ratify the N_KL protocol, how can it allow large-scale field trials of genetically-modified crops? he was asked. “For that we have our own rules and regulations,” was Farooqui’s answer.

The current regulatory regime on LMOs in India is governed by the Rules for Manufacture, Use, Import, Export and Storage of Hazardous Microorganisms/ Genetically Engineered Organisms or Cells, 1989, issued under the Environment (Protection) Act, 1986.  A new law, the Biotechnology Regulatory Authority of India Bill, has also been under consideration. But neither of these provide for civil liability.