Will MNCs displace the domestic industry?

MNCs are virtually shutting out indigenous manufacturers from the urban slice of the telecom pie, but the fault is not entirely theirs. 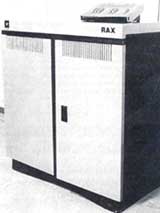 THE DECISION of the Department of Telecommunications (DOT) to invite multinational corporations (MNCs) to set up large telephone exchanges has made domestic manufacturers of indigenously-developed equipment apprehensive of being left out of the lucrative urban market.

Fujitsu, Siemens, AT&T, Ericsson and Alcatel have bid for the contracts which will wipe out the waiting list of 2.3 million and enable connections on demand by 1995. However, the Centre for the Development of Telematics (C-DOT), which licensed the domestic industrialists to manufacture equipment it developed. The MNCs say the entry of the foreign giants will not affect the local units. This is mainly because the MNCs will be setting up large exchanges that are capable of handling 50,000 or more calls simultaneously, while C-DOT manufacturers can provide exchanges with capacities of upto 4,000 lines.

S R Jiwarajka, chairman of Ericsson India, cocks a snook at C-DOT's technology: "Our technology is state-of-the-art. We are not in competition with C-DOT at all as its technology is for altogether different purposes." C-DOT sources corroborate this, saying C-DOT cannot deliver a workable 10,000-line exchange for the next five years.

Jairam Ramesh, Officer on Special Duty at the Planning Commission, denies C-DOT has been edged out of the country's telecommunications blueprint. C-DOT technology is ideal for use in small towns and villages, which he says will comprise about half the market three years from now. "Instead of trying our hand at everything and doing a mediocre job, we should concentrate on a few areas and do well. C-DOT's 512-line exchanges have been proven in the field," says Ramesh.

C-DOT's 128-port RAX and 512-line exchanges are ideal for rural telecommunications as they can run on solar power or electricity, do not require air-conditioning or other special support and can be linked to a satellite through an in-built microprocessor, a facility which large exchanges do not have. C-DOT claims that its RAX can operate in temperatures up to 950C.

On the other hand, MNC technology is not suited for rural telephone networks as they require air-conditioning and continuous power. Besides, their switching capacities are so large that installing them in rural areas would be an overkill.

In his first press conference after taking over as Union Communications Minister, Rajesh Pilot said the current telecommunications pie is large enough for all to share and there is absolutely no question of C-DOT's developmental programme being given the short shrift. He said "special efforts" were needed to meet the revised eighth-plan targets for telecommunications, which include 7.5 million new connections and 9.3 million replacements.

To date, the MNCs and C-DOT have not crossed paths, their areas of operations having remained mutually exclusive. But with this policy of division, the government has managed to get in MNCs and stump those who feel that C-DOT is getting a raw deal. While foreign technology will bridge the country's communication gap for now, developing workable indigenous technology may have to be put on the back-burner.