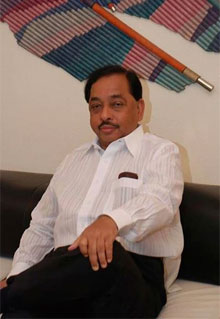 One of the most significant upsets in the Maharashtra elections was the ouster of former chief minister and Congress stalwart Narayan Rane in his stronghold of Kudal in Sindhudurg district. Rane was known for his unabashed support to mining in the ecologically sensitive coastal belt of Maharashtra and stiff opposition to the recommendations of the report on Western Ghats by experts’ panel.

Rane’s downfall started during the Lok Sabha elections earlier this year, when his elder son Nilesh lost from the Ratnagiri-Sindhudurg constituency. This time around, Rane has lost by a margin of 9,000 votes, which shows that the people’s mandate is steadily against the Rane family known for its aggressive ways.

Will Rane’s defeat at the hands of Shiv Sena’s Vaibhav Naik mean better protection for the Western Ghats? While most people agree that with Rane gone there will be less aggression on the environmental matters, it is not clear whether the new BJP government, with its agenda of big-bucks development, will listen to people’s demand that the coastal belt be developed as a tourist region.

Rane, whose stronghold over the Sindhudurg district dates back to 1990 when he was first elected to the Maharashtra Assembly, is known to be a key player in the mining lobby in the entire coastal belt. During his brief stint as chief minister in the BJP-Sena government in 1999, and his tenure as revenue and industries minister in the UPA government, Rane is known to have encouraged ecologically invasive development projects along  the entire Konkan coast, including the 9,900 MW Jaitapur nuclear power plant, and iron ore, silica and manganese mining in the richly forested Sawantwadi and Dodamarg talukas in Sindhudurg district.

Rane’s indiscriminate push to mining has not gone down well even with rival political parties. Before the 2009 Maharashtra Assembly elections, political leaders across party lines, including leaders from not just BJP, Shiv Sena and NCP, but also the Congress itself, had formed an anti-mining forum in Sindhudurg, specifically against Rane’s push to allow mining and coal fired power plant projects in the district. 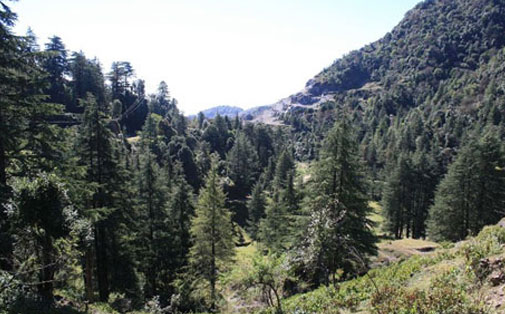 Rane’s has been the loudest voice against the implementation of the recommendations of the Madhav Gadgil and Kasturirangan reports on Western Ghats. In December 2013, he even threatened to resign if Madhav Gadgil’s report was implemented.

“Rane’s defeat certainly comes as good news for environment in the Konkan belt,” says Suhas Kolhekar, Maharashtra convenor of the National Alliance of People’s Movements (NAPM) and a resident of Kankawli in Sindhudurg district. “In his indiscriminate push for destructive development projects, Rane had long ignored the people’s demand that Konkan be developed as a tourism area, which would have allowed people to conserve forests and rivers, and at long last people have rejected his development model.”

“Rane has actively terrorised the people of the Konkan belt against accepting Ecologically Sensitive Area (ESA) status,” says Parineeta Dandekar of South Asia Network of Dams Rivers And People (SANDRP), who has worked on the riverine ecology of the Western Ghats. “He has spread rampant misinformation in villages which had volunteered for ESA status, saying it will put a stop to even the running of flour mills,” says Dandekar.

“Rane was the main reason behind government’s aggressive stance on the Western Ghats issue,” says Sumaira Abdulali from the non-profit Awaaz Foundation, which has gone to court demanding that the Sawantwadi-Dodamarg wildlife corridor be protected. “He has gone to the extent of writing a letter as to why even Dodamarg, where the richest rainforests are, should not be protected, and this, after government had conducted an inquiry and come to the conclusion that the stretch deserved protection.”

However, Rane’s defeat does not ensure better protection for the rich natural heritage of the Western Ghats. For one thing, the crucial Sawantwadi seat, which includes the Sawantwadi and Dodamarg talukas where close to 50 mining leases have been granted, has gone to Dipak Kesarkar, formerly of the NCP, but now in the Shiv Sena.

“It is well known that Kesarkar has links with the mining industry, and will follow the same policy as Rane’s,” says Jayendra Parulekar, Sindhudurg-based environment activist and Congress party worker. “Before the 2009 elections Suresh Prabhu of the Shiv Sena had taken a pro-conservation stand regarding the Sindhudurg district, but the Sena has since diluted its stand and expressed opposition to the recommendations,” he adds.

Vivek Bede of the Ratnagiri-based citizens’ forum, Ratnagiri Jilha Jagrut Manch, says, “While the weakening of the Rane family’s political clout does come as a relief to the people, the decisions taken by the BJP government at the Centre in the last few months gives no sign that it is interested in protecting environment.”

Bede also thinks that the mandate against Rane does not necessarily mean a mandate for environment. “Rane had a terrorising impact on the region. His and his cadres’ behaviour was crude and aggressive, and people were fed up with it.”

Sandeep Sawant, a grassroots ecological activist and farmer from village Asaniye in Sawantwadi taluka who has actively campaigned against mining in the area, says, “The paradox of the situation is that people certainly don’t want major mining, and there is no politician who does not want mining. However, people are happy with the verdict because they hope now at least their side of the story will be heard.”

At the moment it is too early to say what Rane’s fall will mean for the Western Ghats, but politics based on autocratic and terrorising methods has certainly failed in Konkan, and that sure is a lesson for the BJP, say activists.