Will there be a smarter approach to smart cities in Indo-US deal?

India and the US are expected to sign an agreement to build three smart cities. But these will need more than digital management systems to make them inclusive cities 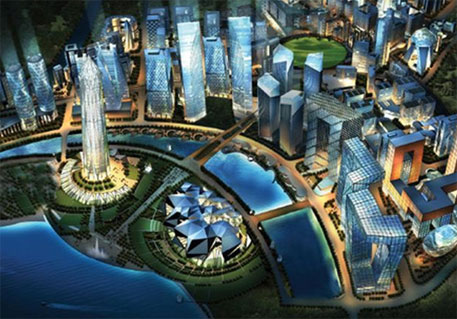 Prime Minister Narendra Modi’s ambitious “100 smart cities” project is all set to get the backing of the US. India and the US are expected to sign an agreement to build three smart cities—in Allahabad, Ajmer and Vishakhapatnam—during President Barack Obama's visit. This is going to be part of an initiative to boost bilateral cooperation, and take concrete steps towards US participation in India's infrastructure sector. Media reports say that the inter-ministerial committee for it has already met twice to discuss prospective areas of US investments, including infrastructure, to achieve concrete results during the Obama trip.

The foundation for this was laid during Modi’s Washington DC visit last September and furthered during the Vibrant Gujarat Summit last week. A US-India Infrastructure Collaboration Platform was set up during Modi's visit to the US. The platform is supported by the US’ department of commerce, ministry of finance and the American Chamber of Commerce in India. As part of setting up smart cities, top American business houses have formed a consortium to assist the smart city projects. All major IT and engineering service providers, namely Cisco, IBM, 3M, EMC, GE, Honeywell, KPMG, Otis, Timken and Louis Berger, are part of this consortium.

The Modi government allocated over US$ 1 billion in the last Union Budget, which it embarrassingly hasn’t been able to utilise. But this proposed agreement will open floodgates for smart cities technology industry, which is a global market estimated to be worth US$1.7 trillion. But before India brings in smart technology, it should know what to do with it.

Everyone with a broadband connection loves Internet and conveniences it brings along. But can Internet solve all the problems which ail our cities. How does it provide decent housing and clean water to all? How does it remove the growing mountains of garbage, treat sewage and remove toxins from the air we breathe?

A centralised data system might help city authorities analyse and predict possible infrastructure failures like power outage or flooding. But do cities have the capacity to prepare effective mitigation plans that will work in their local context? Will they have real resources like engineers, fire-fighters, public health facilities and staff to execute and implement their plans? Do cities have the required political and financial autonomy? Who will they prioritise—vocal residents of posh colonies or humble sufferers of middle-class localities? IMB and Cisco can inform us what areas might get flooded in the monsoon but can they stop flooding from happening?

Our experience with Jawaharlal Nehru National Urban Renewal Mission has not been very encouraging. Cities made mobility plans using data generated by smart technologies and highlighted the need for pedestrian-centric infrastructure and reduction of dependency on private vehicles to improve mobility and road safety. But no city dared act on the smart findings as everyone loves their cars and won’t bring in measures to limit their speed. All ended up making un-smart pitch for developing infrastructure that impedes pedestrians and favours cars.

The government’s agenda and most so-called smart city projects currently under way in India are some sort of abbreviation of Masdar City in UAE, which is the first smart city of the world, initially slated to be completed by 2015. But Masdar is turning out to be too expensive even for the oil-rich nation, with the project deadline extended to 2025 and many smart features being dropped to cut costs. Masdar’s $22 billion cost to house 50,000 people is a ridiculous development model for India which needs to fix habitat for its existing 377 million city dwellers and prepare for another 300 million likely to be added in the next 20 years.

Even if the financing is worked out in the proposed agreement, smart cities in India are not going to be cities at all, but exclusive commercial, residential or industrial enclaves feeding upon adjacent cities. They can be best described as the culmination of the elitist and exclusionary gated community concept, which is reducing the world into refined, high-end enclaves surrounded by vast, formless slums where issues like e-governance have little immediate relevance.

A country like India, which is still just one-third urbanised and where half the population of its two biggest cities officially lives in slums or illegal settlements, cannot prioritise exclusionary urbanisation. We don’t need three smart cities in Delhi but need whole of Delhi to get smarter and healthier place to live and raise our kids. There is a growing need in the country to reinvent the very idea of urban growth. Today, smart thinking will require finding a new measure of liveability that will work for the Indian situation, where the cost of growth is unaffordable for most.

We need smart jugad (creativity) where technology meets street smart Indian and builds upon highly compact, mixed used and walkable designs of our traditional cities. Instead of getting technology to build flyovers to help people travel faster between their work and office, get smart planning which reduces the distance between their house and office not just in hours of commute but in kilometres too. Walk to work. Same way instead of high-tech system to dig sewerage lines, can we get technology to treat our waste in our already existing septic tanks?

Sign a deal which facilitates smart operation and governance, not just installation of expensive gadgets which prove to be proverbial pet elephants, great to show off but great drain on resources with little good use. Empower cities and its people with not just smart policies and digital management systems but with the mandate, the means and the jugad to implement them.