Google's latest venture in the field of renewable energy is a flying wind turbine or an ‘energy kite’. The project is being run by Makani Power, a US-based wind energy company which Google acquired last year 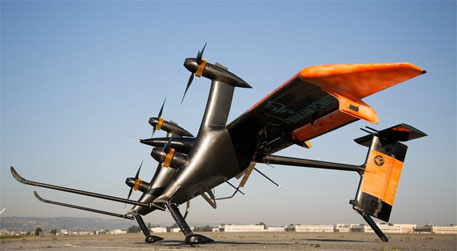 Clean energy is more commercially available than ever, but it still occupies less than 5 per cent of global energy production. The affordability of wind power is limited by existing systems.

Conventional wind power systems are reaching the limits of their technology. To generate more wind power, turbine structures have become taller and heavier. On average, onshore turbines require 100 tonnes of steel, fiberglass, concrete and other materials to produce a single megawatt of capacity.

Makani hopes to enable the shift to clean, renewable energy by building a kite that generates power at a cost lower than any other technology.

This energy kite eliminates 90 per cent of the material used in conventional wind systems. The energy kite generates power through a tethered airfoil that flies in large circles at an altitude of up to 300 metres, where the wind is stronger and more consistent than the winds reached by conventional systems.