Women who give birth later in life may live longer, says new study 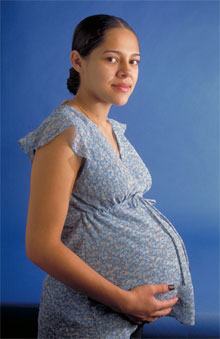 If you are in your early thirties and have not started your family yet for reasons like late marriage, career commitments or medical problems, this study is bound to make you smile.

Women who are able to give birth after the age of 33 tend to live longer as compared to ones who stopped having children before age 30, suggests a new research published in journal Menopause.

Conducted by a group of researchers from the Boston University School of Medicine, the study says the link exists because gene variations that enable women to have babies by natural means at a later age may also be tied to living longer lives.

"Of course this does not mean women should wait to have children at older ages in order to improve their own chances of living longer," study researcher Thomas Perls said in a statement. "The age at last childbirth can be a rate of aging indicator. The natural ability to have a child at an older age likely indicates that a woman's reproductive system is aging slowly, and therefore so is the rest of her body."

Researchers added that the results of this study were consistent with other findings on the relationship between maternal age at birth of last child and exceptional longevity.

Defying conventional wisdom?
Getting pregnant after the age of 35 has generally been associated with risks of developing multiple pregnancies, gestational diabetes, high blood pressure, genetic abnormalities in the offspring. The results of this new research, carried after conducting a biopsychosocial and genetic study of 551 families, have made experts curious as they want to study the trends further.

'If a woman has those variants, she is able to reproduce and bear children for a longer period of time, increasing her chances of passing down those genes to the next generation,' added Perls. He further said, "This possibility may be a clue as to why 85 per cent of women live to 100 or more years while only 15 per cent of men do.