While India is unfazed by the decision, other developing countries may be hit hard 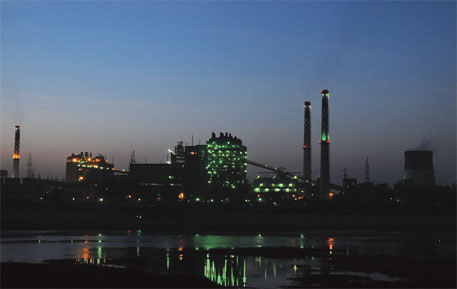 WORLD Bank’s new energy strategy could leave developing countries in the dark. In a bid to address climate change concerns, the Washington-based global development powerhouse has decided not to fund new coal-fired power plants in developing countries. The policy shift, although in the pipeline for a while now, is still significant as the Bank had approved a $3.75 billion loan for the world’s seventh largest coal power plant in South Africa only two years ago.

Interestingly, the decision comes on the heels of Barack Obama’s climate change speech in which the US president has indicated a shift in US coal policy and called upon the federal agencies to curb emissions from coal plants in the US. “I’m calling for an end of public financing for new coal plants overseas—unless they deploy carbon-capture technologies or there’s no other viable way for the poorest countries to generate electricity. And I urge other countries to join this effort,” Obama had said.

World Bank’s statement, released on July 16, seems to mimic the tone. “The World Bank Group will cease providing financial support for green field coal power generation projects, except in rare circumstances. Considerations such as meeting basic energy needs in countries with no feasible alternatives to coal and a lack of financing for coal power would define such rare cases,” reads the report.

The Bank’s stance on natural gas is also similar to Obama’s. In his speech, Obama had said that to help more nations move to green energy sources, “we’re going to partner with our private sector to apply private sector technological know-how in countries that transition to natural gas.” The World Bank report, too, supports natural gas as the cheapest and greenest source of electricity.

Despite the Bank’s huge funding for developing countries, the ban does not perturb Indian officials. “World Bank’s support to projects all over the world is very small. If they do not fund projects, it certainly doesn’t mean that people would stop coal projects. They cannot dictate our policy,” says Sanjay Garg, director of the multilateral division at the Union Ministry of Economic Affairs.

The Union Finance Ministry seems to concur. “We finance most of the energy needs ourselves and do not depend on other countries,” says Dipak Dasgupta, principal economic adviser to the Union Ministry of Finance. “Coal is our most important energy resource. We would be looking forward to explore opportunities in clean coal.” While India may not stand to lose much with the World Bank’s coal policy shift, some developing countries may be hit hard. Hervinder Singh, vice-president of mining at Jindal Steel and Power Limited, is concerned the firm’s investments in Africa would be heavily affected by the decision.

“Multilateral agencies such as the Asian Development Bank and World Bank fund 70 per cent of the cost of these projects,” he says. “Even with substantial incentive from the government, we still need a third party guarantee. The World Bank decision means they would no longer provide the guarantee. This will adversely affect projects under negotiation,” adds Singh.

Several developing countries, like China and Brazil, have long protested a blanket ban on coal funding. Most developed countries had, however, objected to the World Bank’s conflicting policies—the Bank has been supporting low-carbon development while still being one of the largest international lenders to coal plants. “World Bank’s recent change in attitude is because of the protests it has been facing. The argument that it will not fund coal projects to control emissions is shallow. It is trying to shift accountability,” says Joe Athialy, South Asia coordinator for Washington-based non-profit, Bank Information Centre. For some, however, the decision was long overdue.

In a crucial boost to Obama’s intent to end public funding for overseas coal power plants, the US Ex-Im Bank also voted against funding a coal plant in Vietnam just two days after the World Bank decision. It remains to be seen if other countries and development banks would follow suit.