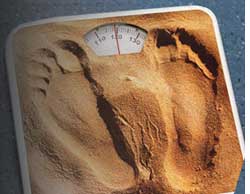 Of the many issues that will be discussed at the 61st World Health Assembly in Geneva this month, prevention and control of non-communicable diseases is what the food industry will be following closely. Its future, and growth plan, will depend on the outcome of the deliberations in Geneva. The World Health Organization, which organizes the assembly every year, will steer discussions towards a definitive action plan on the implementation of the global strategy on diet, physical activity and health endorsed in 2004 (see Fat Chance, Down To Earth, May, 15, 2004).

Till date, the industry has not been under any compulsion to adhere to the standards set by who for fats and added sugar. These two ingredients have been identified as major contributors to the obesity epidemic worldwide and who suggests that fats and sugar should contribute less than 30 and 10 per cent of the total calorie intake in a day.

In preparation to the health assembly, who has been holding a series of meetings this year--with governments of member states, ngos and also industry. Though details of what transpired in these meetings is not open to public, those who have been following these meetings say that standards related to fats and sugar was the focus in meetings with industry representatives. The ngo consultations have been over implementation of the prevention strategy with an emphasis on monitoring marketing strategies.


The progress has been slow in the last four years, since 192 member countries endorsed the global strategy. "The Bush government is doing virtually nothing. The action so far is local and specific to the states," says Walter Willett, professor of epidemiology and nutrition at Harvard School of Public Health. This is also the case in other countries; governments have been dragging their feet and few have gone beyond banning tv advertisements targeting children to look at major regulatory shifts, subsidy shifts and taxation. In uk, the government did set up guidelines to monitor advertising to children but failed to control it during the prime time.

Organisations too have adopted arbitrary standards, believes Neville Rigby, director of policy and public affairs, International Obesity Task Force, uk. He gives the example of Alliance for a Healthier Generation, a partnership between the American Heart Association and the Clinton Foundation. "It considers 35 per cent fat and 35 sugar to be 'healthy'."

Industry, on the other hand, has been lobbying to deregulate. In Mexico, the beverage guidance panel set up by the secretary of health has put down water as the preferred beverage, followed by low fat and skimmed milk. The least priority is given to nutrient poor beverages such as soft drinks. The panel recommends measures such as removing caloric beverages, except skimmed milk, from schools and taxing added sugar in beverages. "The milk industry is lobbying hard to stop the introduction of skimmed milk," reveals Barry M Popkin, director, Interdisciplinary Obesity Program, University of North Carolina at Chapel Hill, us and also a part of the panel. The industry feels that the provision of taxing the fat in the milk would affect profits. In Mexico, rates of changes in obesity have been the fastest documented globally. From 1988 to 2006, obesity in women, between the age of 20 and 49 years, increased from 9.5 per cent to 32.4 per cent.

In India, though the government had consultations in 2006 and came up with a national plan of action to implement the strategy, industry has only paid lip service. Arvind Varma, secretary general, Indian Soft Drinks Manufacturers' Association, says that the industry is "committed to working with all the stakeholders as recommended by who." Identified as highly obesogenic, the beverages industry puts down various portion sizes, juices and low or zero calorie products as its contribution towards creating healthy food habits.

PepsiCo India says that their food is healthy as they use rice bran oil in their brands like Lays, Kurkure, Cheetos, Uncle Chips and Lehar, which results in reduction of saturated fats by 40 per cent. But they continue to advertise indiscriminately to children simply because marketing rules in the country are very generic, says Bejon Misra, executive director, Consumer Voice, an ngo representing consumer rights in India. The changes that the industry has brought about are more of a marketing gimmick than efforts to sell wholesome food, he adds. It is debatable whether shifting to rice bran oil makes potato chips a healthy choice.

On the question of influencing choice, consumer organizations around the world have presented an international code for marketing, which is enforced in all countries. Arne Astrup, President of the International Association for the Study of Obesity, says "Voluntary measures and individual pledges from some companies offer inadequate protection when children are being targeted on the Internet, by mobile phone as well as via television."

The stakes are high for India. It is the target for expansion of many food giants. Yum! Brands, for example, plans to set up 100 kfc outlets in India by 2010. McDonald's India plans to add 40 more outlets in 2008. Ten of these have already opened. Being overweight and obese is a risk factor for chronic diseases like type 2 diabetes, cardiovascular disease, hypertension and stroke. It is estimated that in 2015, 21.2 per cent women and 23.9 per cent men will be overweight in India.