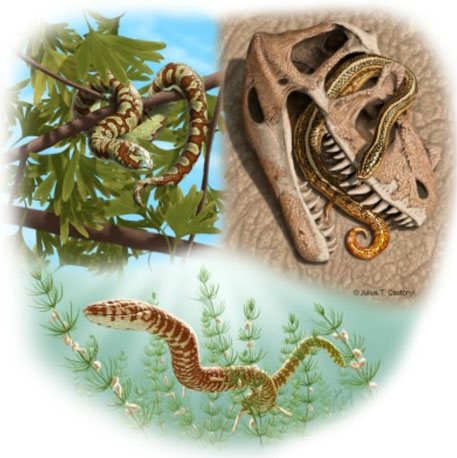 Scientists on Tuesday declared that they had found the four oldest-known snake fossils--the most ancient of which was a roughly 10-inch-long (25 cm) reptile called Eophis underwoodi. The oldest fossil was unearthed from a quarry near Oxford, England, and lived about 167 million years ago.

The study that was led by scientists from University of Alberta rolls back the clock on snake evolution by nearly 70 million years.

“The study explores the idea that evolution within the group called ‘snakes’ is much more complex than previously thought,” says Michael Caldwell, professor in the Faculty of Science and lead author of the study published today in Nature Communications.

The oldest known snake, from an area near Kirtlington in Southern England, Eophis underwoodi, is known only from very fragmentary remains and was a small individual, though it is hard to say how old it was at the time it died.

This new study makes it clear that the sudden appearance of snakes some 100 million years ago reflects a gap in the fossil record, not an explosive radiation of early snakes.