Floods brought traffic, public and emergency services to a halt 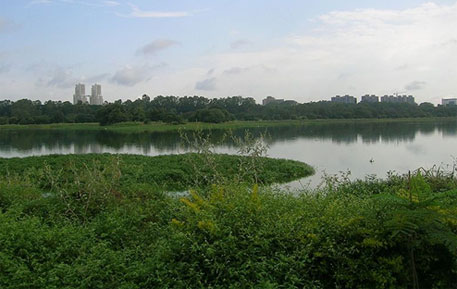 In growing incidents of urban floods in the country, Bengaluru was severely waterlogged after the city received very heavy rainfall on September 25. Many parts of the city were inundated, crippling transport and other public utilities, and affecting the lives of people.

The city received 130 mm of rainfall due to thundershowers on Thursday, making it the highest recorded rainfall for the entire month.

The rainwater flooded the streets, causing traffic jams that lasted till midnight. Roads caved in and buses were seen half-submerged in worse affected areas. Sewage mixed with the accumulated water and entered homes and workplaces. Water also gushed into the ground floors of Vani Vilas and Victoria hospitals. While some parts of the city continued to be waterlogged the following day, receding waters left heaps of garbage and filth behind in other areas.

Every year, heavy rains expose gaps in the city’s model of development, raising concerns about its increasing vulnerability to major flooding events.

Experts cite indiscriminate growth and unplanned development as the main reasons why flooding has become imminent in Bengaluru. According to a report, the city’s drainage system is ill-equipped to deal with episodes of sudden and heavy rainfall. Drains are often clogged with garbage, restricting the flow of sewage, and are too narrow to shoulder the burden of the ever-increasing population.

As India’s premier IT hub, Bengaluru has grown rapidly, with construction encroaching upon the city’s lakes. In 1960, 262 lakes dotted the city landscape but today, only 10 of them hold water. With the wetlands meant to hold the excess rainwater destroyed, heavy rainfall will continue to threaten the city’s low-lying areas.

Bengaluru shares an ominous fate with other cities in the country. While severe floods claimed lives and damaged property in Srinagar in early September this year, life in Mumbai came to an abrupt stop in one of the worst incidents of urban floods in 2005. In the absence of long-lasting plans by the administration to deal with such events, big cities in India will continue to be susceptible to flooding and its disastrous after-effects.

Order of the National Green Tribunal regarding storm water drains in Delhi, 18/03/2014