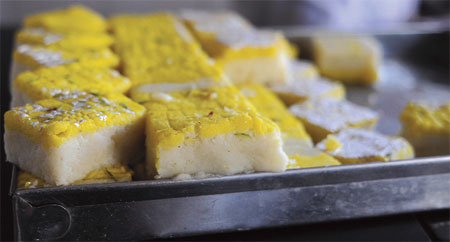 NEXT time you salivate at the sight of a juicy, yellow rasgulla, consider this: the dye used to colour it could be harmful.

Scientists at the Indian Institute of Toxicology Research (IITR), Lucknow, have found that the country’s markets are flooded with foods that contain colours beyond permissible levels. Around 12 per cent of food products, especially those consumed by children like candyfloss and sugar toy, contain colours banned by the government.

The team tested both branded and unbranded foods like candyfloss, sugar toys, beverages, mouth fresheners and bakery products in 16 states. They found that the levels of food colours in more than half of the products exceeded the accepted daily intake limit of 100 mg/ kg prescribed by the Food Safety and Standards Authority of India. The study was published in the August issue of Food Additives and Contaminants. “While reputed shops in most towns used permitted colours, the quantity was much beyond the permitted levels,” says Mukul Das, senior scientist with IITR. Among the states, West Bengal and Uttar Pradesh were the biggest flouters. They used prohibited colours to the extent of 27 and 25.8 per cent respectively.

Studies have shown that overuse of tartrazine (yellow colour) in jam and jellies can cause irritability in children. A study by the National Institute of Mental Health and Neurosciences, Bengaluru, found that metanil yellow used in jalebis is neurotoxic to rats. The colours also impair growth in children.

IITR, however, refused to reveal the names of the brands. Ravi Agarwal, convenor of the non-profit Toxics Link, says that while it is acceptable for an organisation not to reveal the names, the government should follow up the matter and regulate use of colour in food products. But V Sudershan Rao, a food safety expert at the National Institute of Nutrition, Hyderabad, points that this might be difficult. “The standards are to be implemented by the state but they do not have enough food inspectors,” he adds.