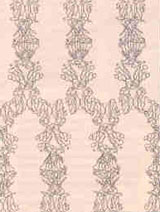 IN A recent study, scientists at the On-based Columbia University have disproved the belief that cells in multicelular organisms do not stick together in a glue-iike fashion, but where to one another in the manner of bond formed by a zip (Discover, vol W NO 9).

Life on earth evolved about 3.5 bllion ago. During most of this period single called organisms like bacteria, at md amoeba dominated the earth. Dular organisms came into mg only a billion years ago. liperafion among cells was a determining Wor for the successful survival Of these many called organisms, and the later division of labour further increased the of such lifieforms.

How did the cells in these organisms Manage to stick to each other in order To corporate. Furthermore, why do Like cells stick together? For example, Why does a brain cell not attach itself Of cells forming the heart of embryonic Development.

The these question the proteins protruding on the surface of assue cells inhabit boom and inverte war tbese proteins are 6 is found that the hisaiprates into indi km theit calcium gadbesive molecules a decade ago but their mechanism was not known till recently.

A team of biochemists from Columbia University found out that cadherins do not but simulate per. Tbc cad he cell mem dW to actin protein which is present inside the cells. These filaments are present in a sturdy bundle around the perimeter of all epithelial tissue cells forming a sort of a belt inside. Thus it was assumed that cells in each layer form a link with the actin belts of adjacent cells.

But this was proved wrong when the cadherins were isolated in solution: the individual molecules hardly stuck to one another. "This was a real paradox; how could we be held together by molecules that really did not seem to stick together?" quizzed Columbia University graduate student Lawrence Shapiro.

The Columbia researchers solved this problem when they discovered that individual cadherin molecules did not do the sticking. They studied the atomic structure of crystalline cadherins through x-ray diffraction and found that neighbouring cadherins on a cell tended to form pairs. The tip of a cadherin from an adjacent cell fitted perfectly between the two members of a pair, forming chemical bonds with both. Says Shapiro, "The structural basis for how cadherins function was initne- diately apparent. They interdigitate like the teeth of a zipper. Although the adhesion between individual molecules is quite weak, the zipper brings together many thousands of cadherins from each cell surface."

The scientists assume that a whole ring of cadherin pairs runs around the cell tightly zipping it up with the neighbooting cells by anchoring on the inside to the actin belts. The calcium in the cadherins has an important role to play in the zipper mechanisru. Each cadherin molecule is built up like a string of beads, and the calcium ion is held between each bead, lending a stiffness to the protein molecules. This helps the cadherins to stick out against the neighbooting cell.

Structurally, all cadherins are simi lar, but the chemical bonds their um ey u me between tips are responsible for brain cells not adhering to heart cells and likewise. These chemical bonds are different in different cell types. Nature has designed cell adhesion in such a way so as to prevent the tearing apart of tissues. The zipper mechanism binds the cells tightly on one hand, while on the other, the weak individual pairing prevents tearing of the tissue when in stress.

In the case of some kind of strain, there is a possibility of the cadherins coming off the membrane rupturing it and causing the cell to die. But the weak pairing of cadherin molecules prevents this from happening. These weak bonds come apart a little bit at small areas without breaking the interceflular bond or the cell surface, explains Shapiro.