An article in The Economist described Richard Dawkins as Darwins rotweiller. Another article in The Guardian described him as the great evolutionists pit bull. Given his outspoken defence of Darwin, and natural selection as the force of life, Dawkins has often been called the religious rights Public Enemy No 1 in the UK. His recent publications, most notably The God Delusion, have established him as the high priest of ultra-Darwinism.

But Dawkins is not a mere polemicist. He is a superb translator of complex scientific concepts. In The Greatest Show on Earth, Dawkins is a detective sifting through layers of facts.Its the Dawkins of The Selfish Gene, The Blindwatch Maker and The Ancestors Tale works that established him as among the foremost scholars of evolutionary theory. 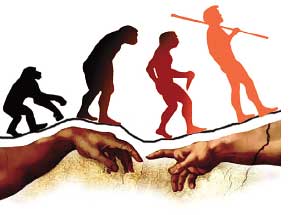 He begins The Greatest Show on Earth with a brief history of his writing career. He explains all of his previous books have navely assumed the fact of evolution. He never got around to laying out the evidence. In normal times, this should not be much of an omission: science works with tested assumptions. Just as physicists must assume the truth of gravity before moving on to quantum mechanics, biologists depend on the reality of evolution. Yet Dawkins realized a disturbingly large percentage of people didnt share his enthusiasm for evolution. So he decided to write a book for these deniers.

His is not the first popular book on evolution. But there is something thrilling about the way Dawkins explains stuff. It is exhilarating to understand how the hoof of a horse is homologous to the fingernail of the human middle finger, or that some dinosaurs had a second brain of ganglion cells in their pelvis, which helped compensate for the tiny brain in their head. It makes us fall in love with life again.

But Dawkins broadsides against the creationists are a throwback to the angry evolutionist of The God Delusion. Anyone who has followed the evolution-creationist debates would have noticed how embroiled it is in political agenda. The trouble with Dawkins is not his acerbic tone. Its his failure to take up the social context of such debates. I dare say this failure could be his dooma heroic failure.

Kartik Chandrashekhar is a science writer in Melbourne, Australia