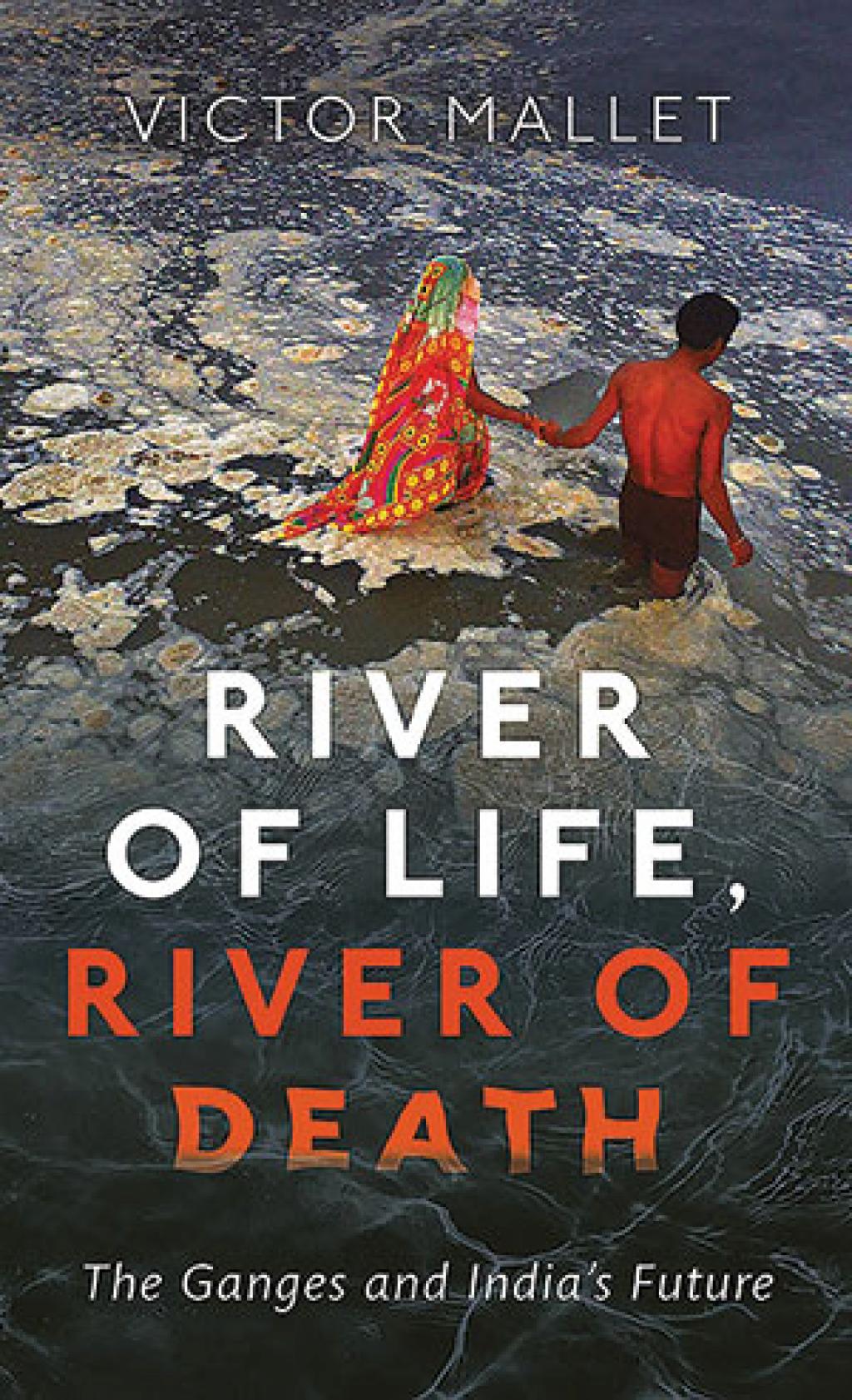 Mallet navigates the various issues, including culture, politics and practises that define the Ganga 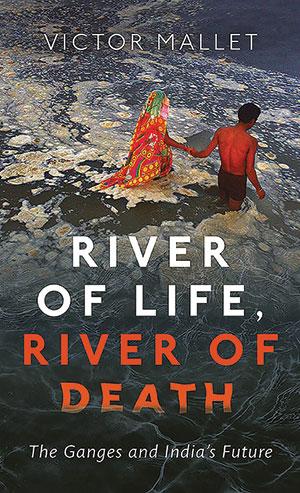 The Ganga features prominently in the retelling of the history of the Indian subcontinent. However, what its present state tells us about the future of the great river and the country is another matter altogether. Victor Mallet’s River of Life, River of Death is an ambitious attempt to do just that. The river has inspired myriad mythological tales. So it is impossible to shed the religious lens that adds colour to the beliefs of millions of Indians. This is where Mallet’s work gains value. Mallet details his journey along the length of the river, and further across the Indo-Gangetic plains, in a free-flowing chronicle of the contradictions, convictions and disappointments that punctuate the length and breadth of India’s most extensive riverine system.

Mallet harbours no doubts about the significance of the river, but instead of a mere recounting of its importance, the book delves deeper into the maladies that currently afflict it. It is well-known the Ganga is under enormous duress. Not only does it support the agricultural and industrial economies of its vast plains, but it is also tasked to carry the souls of the ever-growing population of god-fearing Hindus to heaven.

The convergence of culture, economics, science and modernity has culminated in a toxic swirl of hope and despair which Mallet has explored with a refreshing keenness. As a result, the book offers a crisp assessment of the health of the river while also providing a near-360 degree view of the numerous problems and aspirations that surround it. Mallet’s account starts at Gaumukh, the source of the Ganga, and takes an even-paced and elaborate journey, ending only at the river’s mouth in the enchanting Sunderban forests.

More than anything, the book is a scathing reminder of the amnesia that has scuttled any effort to maintain the health of the river. This amnesia is perhaps best portrayed in the two chapters that deal with the politicisation of the river. Though India is secular in name, India’s demographic is deeply religious. Over the decades, especially since the emergence of Hindu-nationalist politics, the overlap between religion and politics has become increasingly difficult to ignore. And the Ganga, for no fault of its own, has been unwittingly dragged into the centre of the political drama that unravels in the country. Mallet has managed to capture how little this kind of stardom has actually translated into action. 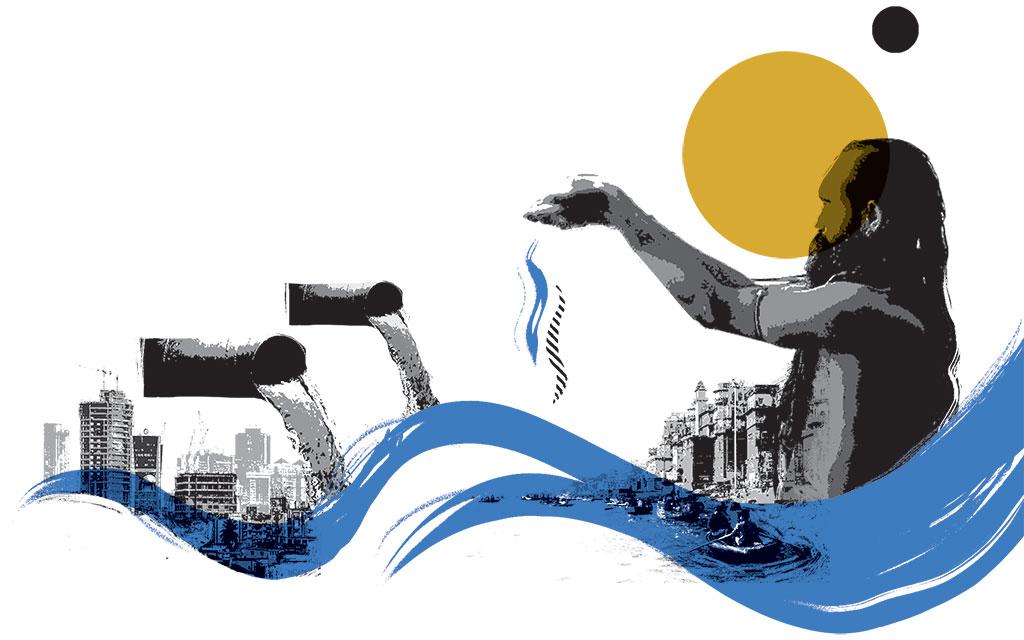 He focuses on Varanasi, which was the epicentre of the victorious religio-political war cry in the last general elections. With that, the political appropriation of India’s most revered ecological system was complete. Grand schemes with massive capital outlays followed the Bharatiya Janata Party’s victory at the polls, but over three years there is little evidence of the party’s interest in the health of the river beyond populist political manoeuvring. The political play surrounding the river is intimately connected with the hopes and despairs of the people that live around it. Through a series of interactions and observations, Mallet has described the fact that the more things change, the more they remain the same.

The chapters on politics though only provide the foundation beyond which Mal-let takes his readers on a freewheeling tour of the many issues that affect the river and indeed challenges of water management be-yond just the Ganga—including those of pollution, growing population, endangered wildlife, depleting freshwater and development projects.

Mallet is particularly masterful in his navigation of the issues as he takes frequent detours to discuss the significance of the river in mythology, pop culture and local practices and economies. One chapter that is enlightening is the one on superbugs which details the scientific realities and reasons behind the often overstated myth of Ganga water “never going bad”.

In the chapter on engineering works on the Ganga, Mallet has done a decent job at weaving the successes of India’s dams with questions about the numerous failures. Importantly, Mallet has reiterated the serious concerns surrounding the audacious plan to link India’s rivers and has questioned the viability of such a project.

Noteworthy too, is the chapter on the boat building cultures and practices that dot the course of the river which offers a fascinating insight into the lives of people living on the river banks over the past two millennia. The only let-down is the chapter on cleaning up the Ganga that tiredly repeats the failing of the Indian administrations and the long-known but poorly implemented options.

Ganga is a staunchly Indian river. Its characteristics are fiercely eastern in the sense that it shares very little in terms of history, geography, environmental stresses and public perception with rivers of the west. These differences often manifest in a tiresome kind of “alienism” that inhibits western writers from truly exploring and engaging with Indian or indeed oriental perspective. To Mallet’s credit, this is not an overbearing feature of the book.

It is apparent that the author has gone some length to ensure that his own experiences and conditioning do not direct the flow and content of the book. In doing so, Mallet has ensured a well-balanced and rounded perspective in which his own experiences, far from drowning out the subject, enrich the discussions surrounding it.