In early 1985, a mini-computer was installed at the collectorate in Gujarat's Surendranagar district. A team of researchers attempted to monitor development programmes at the district level. Later that year, 50 district collectors from Gujarat and some faculty members of Ahmedabad's Indian Institute of Management came together to discuss the use of information technologies in local planning.

These were initial forays in e-governance in the country. Subhash Bhatnagar, the author of this book under review, was involved in both these endeavours. He brings to this volume his extensive experience in e-government projects in the country.

In that sense, the book is an insider's account. But Bhatnagar does not take the adulatory route.He is even-handed with e-government's successes and failures. 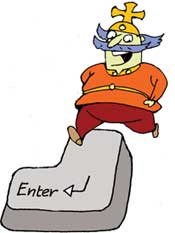 For example, he is particularly sharp in evaluating e-governance in rural areas. He notes the government remains the only service provider in rural areas and there is very little private sector involvement even in commercial services such as insurance and banking.

But Bhatnagar belongs to the breed of scholars who view e-governance as a practice sans politics. The stocktaking remains confined to the extent of digitalization of government services--or services provided by private operators for that matter. That's important because these are early days of e-governance in the country.

But the easy conflation of e-governance and democracy does not work. The government's online engagement with citizens does not ipso facto mean e-democracy. That hinges on the depth of relationship between citizens and the government or between private operators and consumers. Multilateral lending institutions leave their stamp on this new method of governance.

Read Unlocking E-governance Potential to understand how networked governance has expanded in India. But do not expect to find what people--men, women, farmers, workers, entreprenuers, activists-- expect of such governance.

Paritosh Kundu is a Kolkata-based lawyer