On March 28, conscientious people all over the world switched off their electricity between 8.30 and 9.30 pm. If newspaper reports are to be believed, this yearly ritual was a big success. But if you think you have done your bit by switching off your lights for an hour in a year, or growing food in your garden, read The Sick Planet.

The book's author Stan Cox takes to task a lot of the tokenism that masquerades as panacea for the environmental ills. He, in fact, goes further. Cox smashes the widely held notion that somehow resource efficiency alone can reconcile limitless growth with ecological sustainability. "Just as we can't blame the current global predicament on bad corporates, we can't expect the 'good' ones to come to the rescue," he writes. 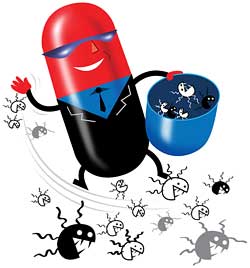 But unlike some of his fellow Leftists, Cox does not believe that capitalism will self-destruct due to its own internal contradictions. He warns, quoting the philosopher John Bellamy Foster, that capitalism has an unlimited ability to transform itself when it faces crises; it even profits from them.

Cox draws a lot from his research in Andhra Pradesh. At Patancheru, where many of the world's bulk drugs are manufactured, sickness rates are over double the national average and farmlands remain uncultivated as the groundwater has become unfit for irrigation. The evidence is compelling but Cox does not link them up with his theory of unredeemable capitalism. What are their inherent traits that lead the industries at Patencheru to pollute. Why can't they ever become sustainable? We have no answers. In fact, the theory and empirical sections of The Sick Planet read like two different books.

Ritu Biswas is a sociologist based in Kolkata