Twenty years ago, when Tim Berners-Lee linked up a community of scientists in what came to be known as the worldwide web, Jaron Lanier was an enthusiast of the project.

Like many others he believed in the democratic potential of a large online community.

Lanier’s views began to change around 2006 when he published an essay on the downsides of online collectivism, which he described as “digital Maoism”. In his book, You are not a gadget, Lanier takes on aspects of online collectivism with greater gusto. He targets popular aspects of Internet life—Wikipedia, Facebook and Twitter. Social networking reduces people from complexities to categories, and subjects them to the will of what he calls the hive mind. “The most effective young Facebook users are the ones who create successful online fictions about themselves,” he says. “They must manage off-hand remarks and track candid snapshots at parties as carefully as a politician ... avoiding the ever-roaming evil eye of the hive mind, which can turn on an individual at any moment. A Facebook Generation young person who suddenly becomes humiliated online has no way out, for there is only one hive.” 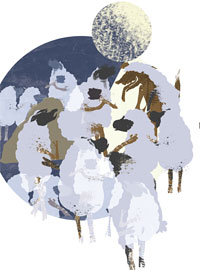 In explaining how we got here, Lanier discusses how computer science tried to replicate complex human activities with inferior results. One example is MIDI, developed in the 1980s for the sole purpose of imitating the sound of a keyboard. Yet MIDI was unable to digitally represent “the curvy, transient expressions” of a singer or a sax player. Nonetheless, MIDI became “the standard scheme to represent music in software,” and is now the basis for all digitised music—including songs on our iPods—despite sounding far inferior to analog recordings.

Contrary to what a lot of his critics write, Lanier is no individualistic Luddite. He has worked for many decades in the Silicon Valley. Of Wikipedia he writes that “it’s great that we now enjoy a cooperative pop culture concordance” but argues that the site’s ethos ratifies the notion that the individual voice—even that of an expert—is dispensable, and “the idea that the collective is closer to the truth”. He fears a world where Wikipedia becomes the only place to find information, and what will be lost if that happens: the lack of context and the elimination of style and the visibility of authorship.

Read You are not a gadget for its criticisms, not solutions. Lanier advocates a change in the design of the web that discourages anonymity. He compares the often harsh comments section on YouTube to the more civil comments on eBay. The former allows users to create pseudonyms, whereas people conduct longterm business on the latter, and therefore civility matters. But then Facebook, one of the targets of his censure, hardly encourages anonymity and yet has been amazingly successful in fostering the “hive mind”.

Atreyee Mukhopadhyay
studied anthropology. She is editor with a publishing firm in Delhi