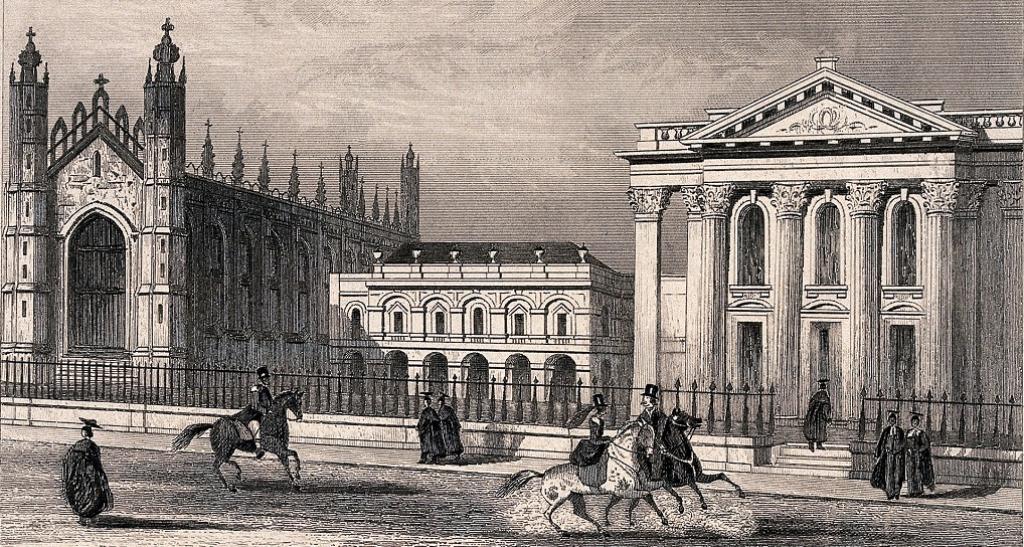 The story of how Cambridge bounced back

The University of Cambridge, located in the flat fenlands of England’s historic East Anglia region, is a place known to millions across the globe. Founded in 1209 and granted a Royal Charter in 1231, it is the second-oldest university in the English-speaking world and the world's fourth-oldest surviving university.

But it is not just the fact that it has survived for so long that makes Cambridge famous. For centuries (especially the past two), the institution has churned out some of the best talent the world has ever known. That it is the alma mater of 115 Nobel Laureates is testament to this fact.

Among the many disciplines taught at Cambridge, the sciences have a special place. The University has been the training ground of some of the world’s best mathematicians, biologists, physicists and chemists. Some luminaries that come to mind are Isaac Newton, Charles Darwin, Charles Babbage, Sir John Herschel, James Clerk Maxwell, Lord Rayleigh, JJ Thomson, Ernest Rutherford, Niels Bohr, J Robert Oppenheimer, Francis Galton, Lawrence Bragg, Charles Wilson, GH Hardy and India’s very own, Srinivasa Ramanujan. The city of Cambridge, home to the university, is called the ‘Silver Fen’, as it is the United Kingdom’s very own Silicon Valley.

But it was not always like this. Almost 600 years after its finding, Cambridge in 1819 had become a conservative Anglican institution closed to women, Catholics, Jews and non-Anglican Protestants.

There was no impetus for scientific education. Lectures were poorly attended, museums were shoddy and there was no university science journal.

The university’s overall emphasis was on Newtonian mathematics. The subject was seen as a tool to make young minds rational, not to be used for research or a career. It was meant to mould young men for a life in the clergy. That may sound strange but Newtonian maths was grounded in the medieval concept of natural philosophy, which believes that maths can be used to understand the world created by God.

This was causing English universities such as Cambridge to lag behind in gaining the latest new ideas in science and maths developing in the rest of Europe.

How then did Cambridge transform into the world-beater in science of today? That is the subject matter of The Spirit of Inquiry by Susannah Gibson.

She weaves a delightful tale about the institution that made it happen: the Cambridge Philosophical Society. The society was the brain child of two Cambridge men, geologists Adam Sedgwick and John Stevens Henslow. On a field trip to the Isle of Wight near Southampton, they realised that something was terribly wrong with Cambridge education. And so, the society was born.

With the formation of the society, things began to slowly change, albeit very slowly. Within a few decades, the society had its own building, reading room, library and museum. It began to host experts from various scientific disciplines who would give readings from their latest research papers. These were published in the society’s brand-new journal.

One of the most famous readings occurred on the evening of November 16, 1835. For that is when the letters of Sedgwick and Henslow’s student, a young man named Charles Darwin, were read. Darwin was away, aboard the HMS Beagle, a Royal Navy vessel that had been charting the coast of South America since December 1831. Darwin’s letters described the natural wonders of the Rio De La Plata, Patagonia and Tierra Del Fuego.

From the Regency in 1819 to Brexit in 2019, the Cambridge Philosophical Society has grown, shrunk and grown again, influenced by the events taking place around it. For instance, in the 19th century, its fellows began to first apply science to the world around them — they tried to improve the safety of the new-built railways, dabbled in photography, tried to make sense of what had caused the potato blight that led to the Great Irish Famine and even discovered Neptune.

In the years to come, it would be the experimenting ground of newly developing sciences and scientific developments like the theory of electromagnetism, submarine cable telegraphy, anthropometrics, biometrics, genetics, x-ray diffraction, atomic structure, nuclear fission and the cloud chamber.

Gibson, an Affiliated Scholar of the Department of History and Philosophy of Science at the University of Cambridge, is a skilled story-teller. The book jacket notes that Gibson “is engaged with bridging the gap between academic and popular writing”. In The Spirit of Inquiry, Gibson narrates details about the lives of some of the greatest men and women in science in the last two centuries, assisted in great measure by her access to the University’s archives.

We get to know that when Charles Darwin first published On the Origin of Species, his one-time teacher, Sedgewick, and many other members of the Society viscerally opposed the work. Sedgewick might have formed a society to further the knowledge of science. That, however, did not mean that he had abandoned his belief in the Judaeo-Christian Theory of Creation. Or that Cambridge did not award degrees to women till 1948, so ingrained was the notion about women’s inferiority.

Indeed, Cambridge’s journey to reform is a central theme in the book. It was in 1851 that the University finally included two new Triposes (BA Examinations), one for the moral sciences and the other for the Natural Sciences at the personal intervention of Queen Victoria’s husband, Prince Albert. In 1873, two colleges — Girton and Newnham — opened for women. And by the 20th century, Cambridge, science and the world itself changed.

All this happened gradually. “The Cambridge Philosophical Society,” says Gibson in the end, “persuaded the university to take science seriously. Its vision has now been realized… The spirit of inquiry which drove Adam Sedgwick and John Stevens Henslow as they clambered about the rocks of the Isle of Wight two hundred years ago is now reproduced in many ways and hundredfold across the city.” 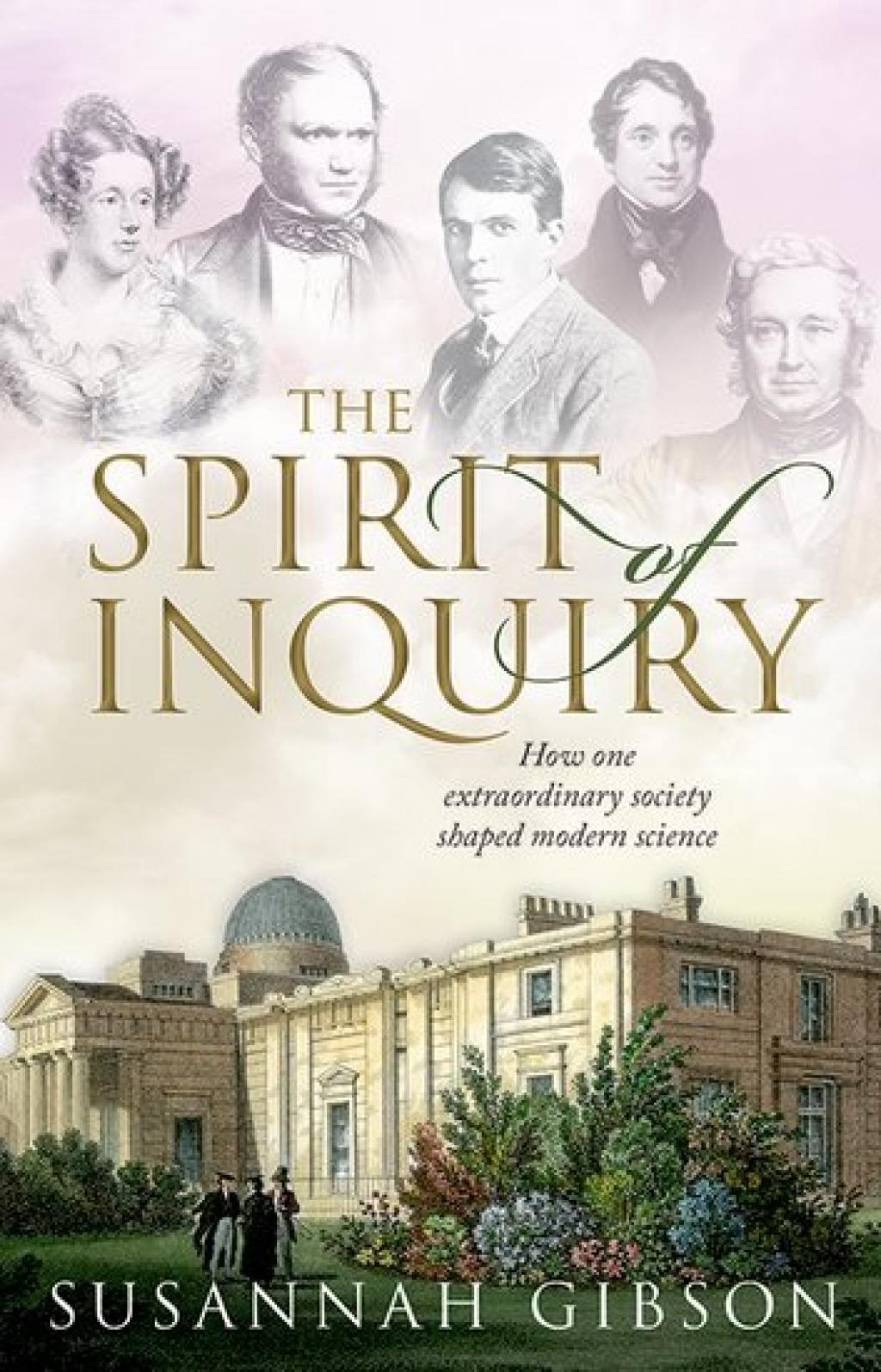