When she was in her teens, American journalist Melanie Thernstrom developed persistent pain in her neck after swimming.

It quickly spread to her shoulder and eventually to her hand. Visits to doctors ended in frustration as they preferred to focus on pain management rather than a cure. It was not until her editor at New York Times asked Thernstrom to write an article about chronic pain that she began to understand she would never find a cure. She talked to doctors and scientists in pain clinics across the country and learned it requires daily management.

The experience left her with an abiding interest in suffering. The Pain Chronicles brims with empathy. The book is a blessing for the layperson, cogently sorting out the many streams that can feed into a pool of pain: neuropathic (related to nerve dysfunction or damage); musculoskeletal (from muscles, bones or tissues); nociceptive (from tissue damage); psychogenic (caused or aggravated by emotional factors). Her work is an admirable mixture of a memoir, cultural analysis, medical reportage and historical study. 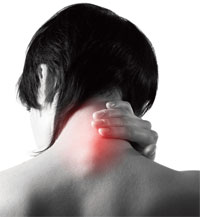 But Thernstrom makes no claim to academic or journalistic distance. She is aghast at the 19th-century studies that found “civilized” whites more sensitive to pain, and is outraged that such thinking still pervades modern medicine. For example, a study showed minority sufferers in USA are three times more likely than the whites to get insufficient pain relief and to have their requests classified as “drug-seeking behavior”. (They are more likely to be seen as noncompliant with doctors’ orders.) Women complaining of pain are more likely than men to walk out of a clinic with a prescription for antidepressants, while the men get opioids. “Women tend to be less aggressive in demanding pain treatment or aggressive in ways that are dismissed as mere hysteria,” she writes.

Thernstrom does see hope in cutting-edge research. Some researchers, for instance, are studying why certain gene mutations seem to make people more, or less, sensitive to pain. Some are working on cognitive control therapies in which patients try to dupe their minds into accepting treatments that their bodies decline.

Her idea of appropriate treatment runs toward conventional medicines. She mentions trying hypnosis, meditation and homeopathy, but she found them relaxing at best. The magic that alternative therapy often offers, she believes, is the charisma of practitioners, which she also finds in medical doctors who convince their patients that they can get well.

Thernstrom, for example, submits herself to burns on her wrist but after establishing a trusted relation with her doctor at a Stanford clinic. She feels little pain as her skin blisters up.

The final pages find her undergoing an advanced MRI (magnetic resonance imaging). She watches nerve cells in her brain fire up, trying to control pain. “This astonishing use of the magic of science to see the science of magic may propel us towards managing, if not conquering, chronic pain,” she writes.

Ketaki Nandy is a sociologist in Kolkata