Need to address impact of extreme weather events on crops 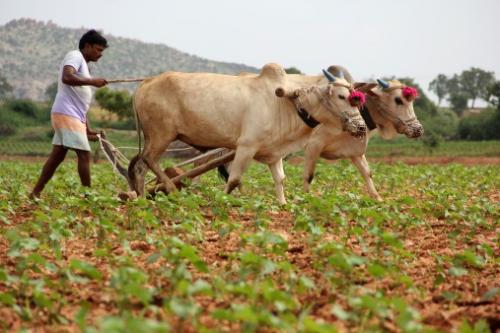 Climate change, which for India is predicted to result in higher and more erratic precipitations, will have negative impacts on the productivity of important crops such as rice and wheat. Beyond general climate change trends, what is more critical is the need to address the impact of climate variability and extreme weather events. The latter has an immediate impact on supply, causing price shocks and volatility that spread across sectors and borders.

Are there government incentives to smooth out climate and weather shocks and make it easier for farmers to cope with price volatility as well as production and income losses? The answer is yes.

There are many things farmers can do themselves to cope with climate change. Some of them have already started implementing certain measures to tackle climate change. Practices can range from shifting planting dates in response to changing monsoon onset dates, choosing varieties with different growth duration and adopting zero tillage to cope with climate shocks (Haryana).

There is also a lot the government can do to assist farmers to cope with climate-induced farming problems. One critical responsibility for the Indian government to help farmers deal with current climatic risks is to strengthen weather services. A market-based instrument that proved attractive to many farmers in India is the weather index insurance. Since the India government adopted it in 2007, the number of farmers, who went for it, has been rising to reach 12 million by 2012.

However, weather insurance is not a panacea for all problems faced by farmers and its effect can be limited in the absence of reliable local information to support insurance decisions. Another important government function is drought monitoring and management, especially critical for areas under water scarcity.

India has a wide range of agro-climatic conditions, allowing for a multitude of crops to be grown, even in smaller areas. A sure way to increase climate resilience is to reverse the post-Green Revolution trend of concentrating on a few major crops and return to a practice based on a wide range of crops.

Crop diversification is one of the central pillars of climate resilience that enables smoothing out climate impacts on food production and income. However, since the Green Revolution and the expansion of irrigation capacity, there has been a significant narrowing of the number of crops grown when now only six crops take up the vast majority of land, water and resources, adding to the future vulnerability of the food supply system.

One of the reasons for the expansion of irrigation-heavy crops is building of dams and expansion of canals, besides increased accessibility to groundwater. High water-consuming crops have replaced dry land crops that are more suitable for drought and low-rainfall conditions.

Climate change is also affecting groundwater in India and contributing to its depletion. A study by the Indian Institute of Technology, Gandhinagar, shows that variable monsoon precipitation, linked to climate change, is likely to be the key reason for declining groundwater levels.

Today, annual groundwater pumping removes at least 24 times water than what was consumed in the 1950s. Overall, with increased climate change-linked water scarcity, it is not surprising that more water-related conflicts are expected shortly in different areas. It is time to reconsider this narrowing of cropping patterns and embrace more crop diversity which tends to go along with climate adaptation.