What is the cost of doubling farmers’ income by 2022? 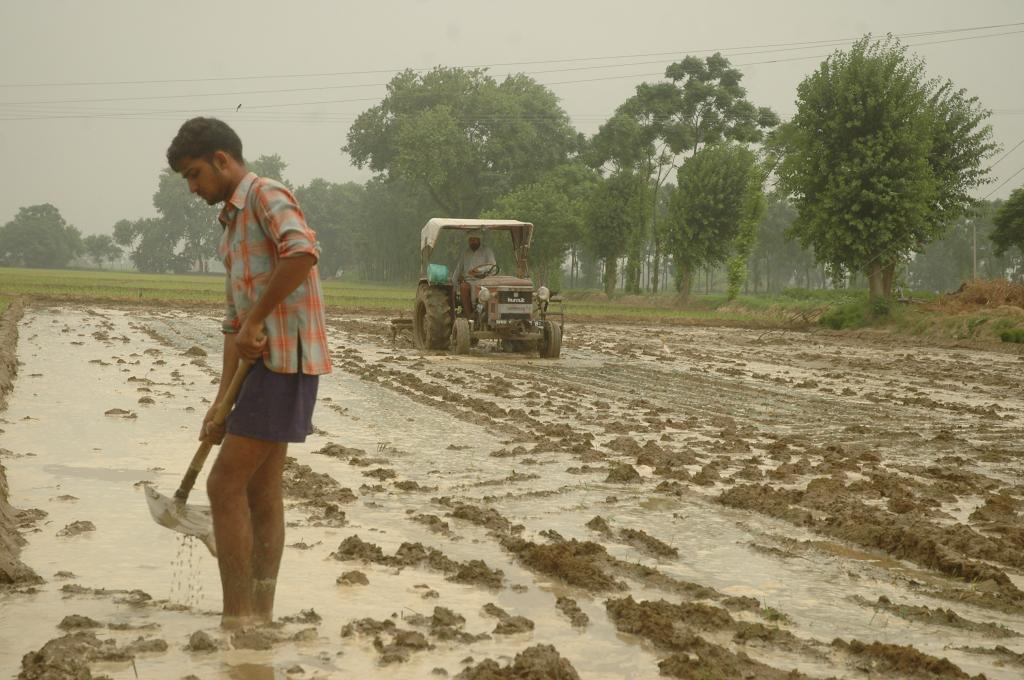 Can farmers afford to invest large sums of money on agriculture without any profits? (Credit: Agnimirh Basu/CSE)

A “New India” is the latest national agenda. Prime Minister Narendra Modi, in his fourth Independence Day speech, made an appeal with his trademark gesture of both hands pointing towards the gathering: “A new India that would fulfil the dreams of the young and women, and see the income of farmers double.” Doubling of farmers’ income by 2022 is his two-year-old promise. But for the first time, he has added this promise to his agenda of a “New India”. At a time when farmers are found less in farms and more on streets, protesting for better produce and price, it is an invincible promise everybody would desperately pitch for.

Even while many doubt the progress made in this direction, the government-appointed Committee on Doubling Farmers’ Income led by Ashok Dalwai, has submitted its report. The committee has pointed out the challenges in doubling farmers’ income along with the details that need to be taken into account for achieving this target. Starting from a historical background of progress in agriculture to what needs to be done, the reports carry expansive as well as specific suggestions. Going by the committee’s general observation, the target is achievable, which this magazine also recently estimated.

First, the report says during 2004-2014 (a politically explosive assessment given that this period coincides with the two terms of the United Progressive Alliance) agriculture reported a historic growth rate. The agricultural growth was an impressive 4 per cent during this period in comparison to 2.6 per cent during 1995-2004. Four per cent growth is considered as the golden standard as far as agriculture is concerned. But in recent years the sector seems to be slowing down which is widely known.

Second, this growth rate was possible due to better minimum support price, raised public investment and also better market price, as per the report. Third, the report says that the real income from farming, which is around 60 per cent of a farmer’s total income, has to be doubled, as per the target fixed for 2022. If achieved, this will change the ratio of a farmer’s income from farm and non-farm sources—from 60:40 at present to 70:30 in 2022.

To sum up, India has finally accepted the dominance of farm income in overall well-being of farmers. The other way to look at this, is to accept that the dream of adopting non-farm income as an alternative to dwindling agriculture sector is now junked.

But let’s look at the cost of achieving the target. Agriculture is a private venture supported by policies and programmes of the government. Thus, both private and public investments are needed to double farmers’ income. While estimating the required investment, the committee has assumed that the sector’s growth rate from 2015-16 will remain constant till 2022 and increase the farmers’ income by 9.23 per cent every year. For this to happen, the farmers need to invest Rs. 46,299 crore (at 2005-05 price) in the next five years. Farmers invested Rs. 29,559 crore in 2015-16. For the government, the expenditure or investment has to be Rs. 1,02,269 crore, up from Rs. 64,022 crore in 2015-16.

The volume of fund requirement raises a few questions: do farmers have the capacity to invest such a huge amount of money on agriculture without any profits? A large chunk of the public investment is for irrigation projects, which as widely known, are not delivering. The proposed investment strategy will only add on to the farmers’ debt, which is already high. In an ideal situation, the agenda of doubling farmers’ income should have started from clearing their debt. But the Union government wants to hand over that responsibility to the states. Another round of tu tu main main?