The inconvenient truth is that when there is a public health emergency in Delhi, only the poor are asked to sacrifice

Delhi's own sources of pollution are greatly responsible for the poor air quality it saw in the past few weeks. Credit: Vikas Choudhary/CSE 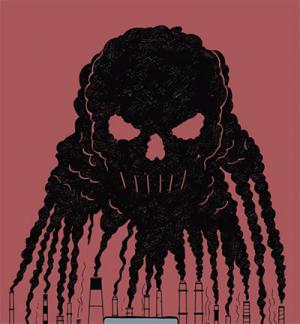 Last fortnight, I had explained how, in spite of all the drastic measures taken, including a ban on construction; coal usage in industry; truck entry into the city; and more, air pollution in my city was still at emergency levels. I reiterate that small and timid steps will not work.
As I write this, air quality has slightly improved. For the moment it seems the worst of the winter-onset-Diwali-crop burning period could be behind us. But the fact is that this does not mean that air quality will not once again decline in the coming months. It is now clear that the region’s own sources of pollution are greatly responsible for the poor air quality we have seen in the past few weeks. Crop burning is exacerbating this situation, not creating it.
According to the Ministry of Earth Sciences’ System of Air Quality and Weather Forecasting and Research (SAFAR), the contribution of crop burning to the region’s pollution stress, peaked on November 5, when it went up to 33 per cent. After that, because of the direction of wind, the contribution has ranged between 5-14 per cent. There is no doubt that these emissions from crop residue burning are coming at a time when there was accumulated load, and very adverse weather tipped us over the edge into severe pollution.
But it is also clear that even if we eliminate crop burning in the coming months, weather conditions will only get more adverse. The cold will increase, which will add to inversion and not allow dispersion; moisture will increase, which will trap the pollutants. And in case we have prolonged periods of poor wind and low ventilation index (that measures dispersion), then we could be back again in the severe and severe plus category.
As I explained earlier, we have adopted a smog alert system, the Graded Response Action Plan, which allows for strict action to be taken when pollution peaks. It is an emergency plan, not a substitute for an action plan which works to reduce pollution altogether. This winter, the Environment Pollution (Prevention and Control) Authority (EPCA), of which I am a member, directed for the closure of all construction activity; all industrial activity (other than those based on natural gas); all brick kilns, stone-crushers and hotmix plants. In the days post Diwali, it also asked for truck entry into Delhi to be stopped—all to combat the worst of pollution.
And these measures helped to reduce the pollution levels. However, it was also clear that the city could not have continued to impose these restrictions beyond 12-13 days, even as pollution levels did not go down below the severe category. The fact is that these are economic activities and shutting them down creates huge livelihood challenges for the very poor, daily labourers in the city. The poor in our cities suffer the most because of air pollution as their work requires them to do strenuous activity in the polluted air. By bringing in these measures, which were essential to battle the pollution emergency, we had hit them twice as they also lost their livelihood sources. Trucks cannot not be held at the border of the city indefinitely. It was clear that emergency measures cannot be as a proxy for our inaction on long-term emission reduction.
So, the question was what more could be done. This is when EPCA’s chairperson suggested that there should also be a restriction on the plying of private vehicles in the city. He said this because the latest emission inventory has shown that vehicles contribute 40 per cent of the pollution in the city. Also, private diesel vehicles add substantially to both NOx and PM emissions and are deadly toxic.
The sticker scheme to identify vehicles based on age and fuel type has not yet been implemented and he suggested that the only option was to either ban all private vehicles (without the identification of petrol or diesel), other than CNG and/or restriction on plying by number plate (odd-even).
Suddenly there was outrage. It was no longer about pollution—deadly and hazardous for our health. No, it was against the very idea of “touching” the private car. There is no doubt that restricting cars without adequate public transport will be a nightmare. But governments do nothing to upgrade our system of commute. When there is a public health emergency, why should only the poor be asked to sacrifice?
In my extremely polluted city where I continue to work and fight, there is silence on this question. It is an inconvenient truth.