Lack of water intensifies distress in the Mahanadi basin

Climate change at the global and local levels is reducing water flow in the Mahanadi river, severely impacting agriculture. Tackling that together is far more important than fighting over the sharing of its waters 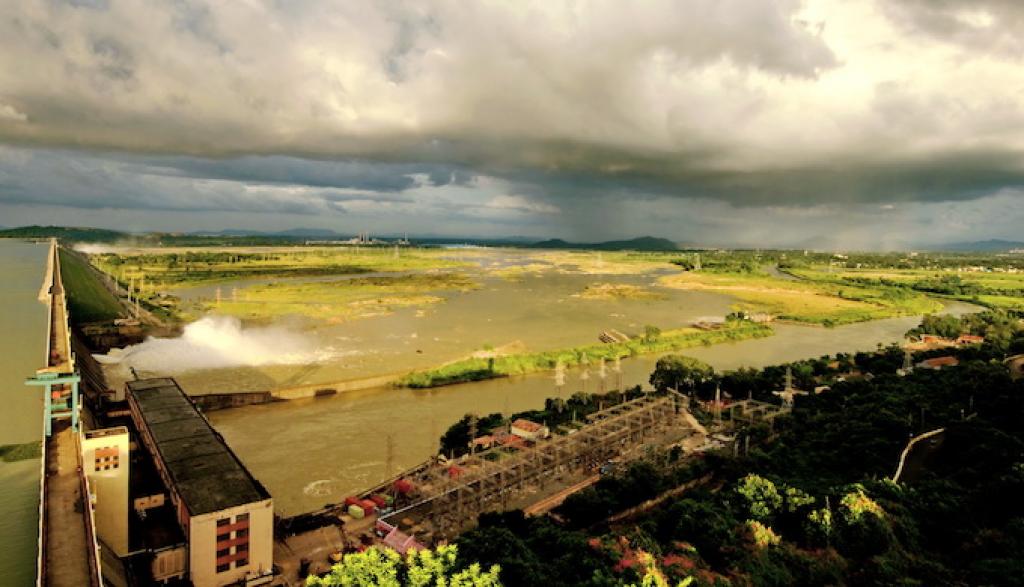 The state governments of Odisha and Chhattisgarh have locked horns over the sharing of waters of the Mahanadi, India’s sixth-largest river. Odisha, the lower riparian state, has seen a constant decline in flow from the Hirakud dam, which lies on the inter-state border with most of its catchment area in Chhattisgarh.

Odisha’s complaint is that Chhattisgarh has built many dams and barrages, most of them without its consent. The conflict that erupted in July 2016 has already been referred to a tribunal formed by the federal government under the Inter-State River Water Disputes Act (IRWDA) of 1956. However, political parties heading both state governments have been continuing their fights on the streets.

The fight so far is about the remaining water that flows in the river, and the tribunal may come up with a formula for sharing water. The Mahanadi and its people, however, are facing challenges that go beyond the water obstruction and reduction due to construction of dams and barrages in Chhattisgarh. Climate change is one such challenge that has been affecting the river and people in the basin for years now, and is a major cause of distress to the farmers and decaying of the river.

Uddhaba Sabar, a smallholder farmer in one of the poorest districts of the basin in Odisha, has nothing to lose from the Chhattisgarh barrages. He has no assured irrigation and has to depend on the monsoon to farm. He is worried about the late arrival of monsoon showers and the failure of predictions by the India Meteorological Department (IMD).

“Last year, I had sown seeds on June 18. It [the monsoon] is delayed this year and will negatively impact farming activities. Rain is still uncertain. It rained in Gandabaheli village last night, which is hardly 15 km away, but not here,” said a worried Sabar.

Nuapada district, to which his village belongs, is among the eight districts of the state that have faced a severe rainfall deficit—between 39 per cent and 59 per cent in June. Most of these districts are in the western region and in the Mahanadi basin, as per the data available with the government of Odisha.

Overall, Odisha received an average rainfall of 161.1 mm in June this year against the long-term average (LTA) of 216.5 mm, registering a deficit of 25.6 per cent. According to government statistics available by the third week of June, the state had already experienced more than 25 per cent deficit in the sowing of lentils. 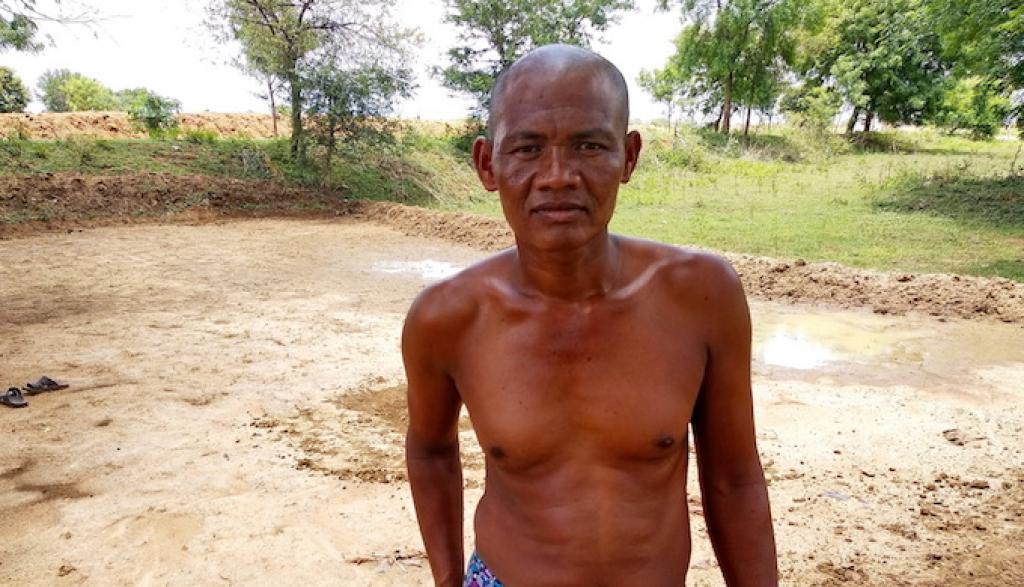 “The rain-dependent farmers are reluctant to sow as they are not sure about the monsoon rains. The farmers from western districts of Odisha may still wait for one more month before deciding to migrate in search of alternative jobs,” Ajit Panda, a researcher and social activist in Nuapada, told me. “Millions migrate out each year from this region due to the distressed condition of agriculture.”

Sabar’s worry stretches far beyond this year’s situation. He is experiencing a change in climate and an increase in frequency of droughts in the area. “Drought is not new to us, but the frequency in the last two decades is alarming,” he said. “Things started to change from 1965 and frequency of droughts has increased gradually. Between the seventies and nineties, we faced a drought in every eight to ten years, but in the last two decades, droughts are occurring in every 2-3 years.” If the crops fail this year, it will be a consecutive fourth year of drought for Sabar and most other farmers.

A dam can change the game

The Hirakud dam, which is at the centre of controversies in the current dispute between Odisha and Chhattisgarh, might have played a big role in altering local climatic conditions, thereby exposing this region in the basin to more droughts. Arttabandhu Mishra, a retired professor of Sambalpur University and an expert on ecology and climate change issues of the state for long, believes this.

The Hirakud reservoir, completed in 1957, had initiated the process of desertification around the dam, Mishra said. Hirakud reservoir, like many other large reservoirs in tropical and sub-tropical regions, is home to one of the biggest contributors of greenhouse gas (GHG) emissions. The reservoir submerged a vast stretch of rich and diverse forest, which included Jamda Reserve Forest and a large portion of the present Debrigarh Reserve Forest.

“At least 58,200 hectares of forest, rich in teak and sal species, got submerged in the reservoir water,” Mishra told me. The trees were never cut and left to decay under the water, which caused huge methane emission, according to him.

The woes did not end there. Besides desertification, the Hirakud dam has caused massive microclimatic changes in the region, asserts Mishra. “As a result of the forest submergence and creation of such a huge human-made water body, a lot of moisture gathers around the clouds. So, when the monsoon clouds pass over the reservoir in the northeast, there is a lot of rain. This causes severe and recurring droughts on the other side of the reservoir, that is in the KBK (Kalahandi-Balangir-Koraput) region,” he maintained. Nuapada, Sabar’s district, is in this region that has now become synonymous with drought.

Global climate change, inducing erratic rainfall, is also affecting the Mahanadi basin in a big way. Several scientific studies have been pointing out how global warming is causing severe distress to the basin. A 2010 study, which was conducted using various scientific models, presents a decreasing trend in monsoon rainfall and the flows of the Mahanadi at Hirakud dam.

An earlier study on the Mahanadi also observed a decrease in monsoon stream flow over a long time. One of the possible reasons for such a decreasing trend is the significant increase in temperature due to global warming. Analysis of instrumental climate data has revealed that the mean surface temperature over India has increased at a rate of about 0.4 degree Celsius per century, which is statistically significant. 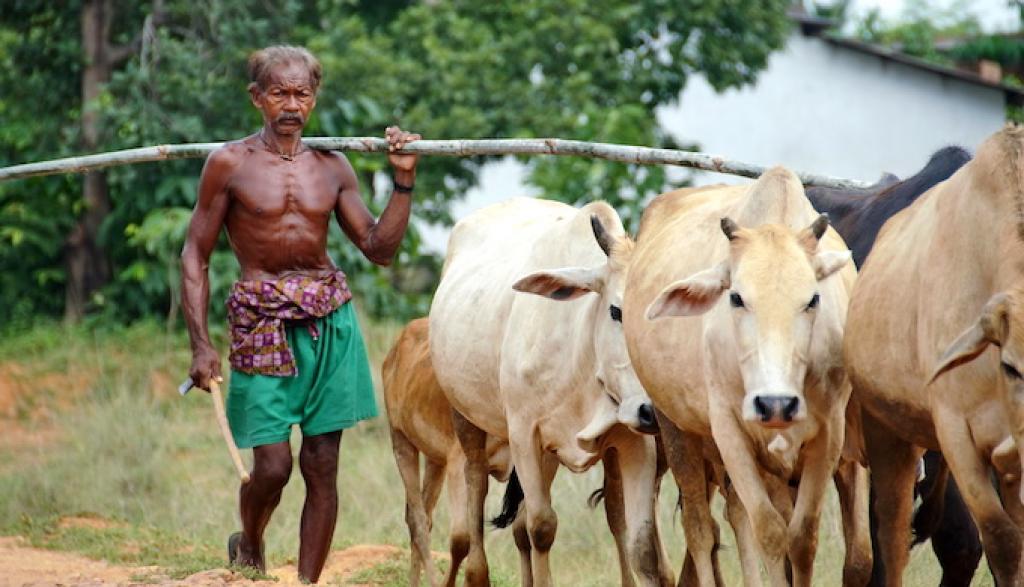 The state government’s own sources find a substantial increase in temperature in the Mahanadi basin. While in the year 1999-2000, the minimum and maximum temperature of the basin ranged between 7 and 45.5 degrees Celsius, it went up to a range between 13 and 48.8 degrees by 2012. It would have certainly impacted the water retention capacity of the basin in the negative.

A recent study finds that the water yields of major surplus basins, such as Mahanadi and Godavari, have exhibited decreases in recent periods. The water yields show decreases of more than 10 per cent for the Mahanadi. This is mainly because of a significant decrease in rainfall.

There is an urgent need to integrate climate resilience models in the river basin management planning of the nation. For the Mahanadi, the need is urgent because drought is expanding its grip, marginalising millions of farmers and forcing millions to migrate seasonally. Both Odisha and Chhattisgarh have climate change action plans that need to work in sync with each other to save the Mahanadi, its farmers and other dependent communities from climate impacts.

While the dispute between the two states has been fuelled by apprehension and experience of reduced water flow in the basin due to dams and barrages, the state governments need to recognise that climate change has an equally important effect and its impacts are going to grow manifold. Instead of waiting for the tribunal to come up with a water-sharing formula, the two governments will do far better by initiating joint activities to make the basin more climate resilient, as was recommended by the recently concluded Odisha River Conference, which was attended by community members and experts from across the nation.

(This piece was originally written for indiaclimatedialogue.net. It has been reproduced here with permission from the author)