When the car drives you: Speed as hierarchy and privilege

What remains of the public if at their best of expressing their disagreement, their gatherings are called “traffic jams”? 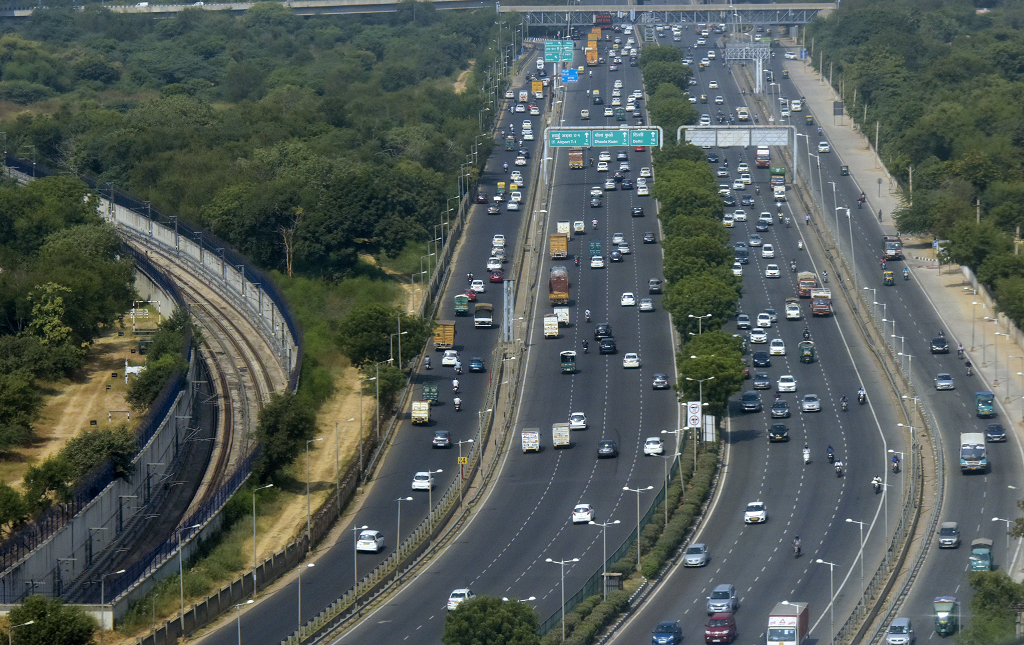 Infrastructure that facilitates speed, erasing all places of pause and reflection, is an anti-public device. It erases the location a vehicle passes through, reducing it to a corridor to pass through.

Places and people that make us pause appear as speed breakers and a nuisance in our imagination  and understanding if all that our environment supports is speed and acceleration. The expressway today has become a place of expression and not just transportation.

Be it high-speed expressways or high-speed internet, they are required to fulfil the need to transport goods and information. But when they begin to modify how people respond and think, then we also need infrastructures that slow people down, help them pause, interact and contemplate so that there is scope for empathy and reflection.

High-speed expressways and racing cars need to be equalled with adequate public parks, public libraries and walkable pavements, where people can walk and think alongside others they may disagree with.

Road fatalities are mostly seen as people violating traffic rules. But the fact that there are many more roads than public places of engagement and multiple use should also be factored in.

And public places do not mean building more malls. Malls are built for visual and material consumption that is a particular kind of exchange and engagement.

Public spaces have to be over and above all the need for transport and commercial use. Malls are meant to showcase goods and nudge people to purchase goods in the present and future.

One need only read the comments section of any half-baked report of any incident: People take sides, curse and hurl murder threats at the drop of a hat.

Sociality bounces off the infrastructure we choose to build. We have been building infrastructure only for smooth speeding and not for thinking and communicating, not for empathy and fraternity. Headless and mindless we drive and be driven.

Questions we can ask ourselves:

The fight is upon the roads for which people pay taxes and those who pay more expect to have more  privilege over its use. Automatically, the private automobile riders feel they have more privilege  over the tarred roads compared to the public transport users, who are dependent on the various  modes of transport and paratransit as well as pedestrian spaces.

This privilege is displayed through the hierarchy of speed. We need to ask ourselves if speed is a factor of privilege or rights. Should we fight over being relatively faster than other travellers or should we demand that we be allowed to pause and reflect in the public spaces?

When there are no parks and no libraries, then where will the public go? What remains of the public in public space if people are forced to use the tarred road to express and attract attention to their issues?

What remains of the public if at their best of expressing their disagreement, their gatherings are called “traffic jams”? This traffic jam of people can be easily honked, arrested, scolded and erased away from our imagination and from reality with the help of  the infrastructure of speed.

Some intellectuals claim that people don’t want to use public spaces like parks and libraries any more. As a society, we are also in a relationship with our physical environment. While we shape the environment, it also shapes us. That is a principle of design that planners and urban designers  work with of use and influence.

A public space that inculcates speed will see a public that demands speed. A different imagination of infrastructure is required to have a tolerant, even if disagreeing, public.