Breastfeeding was the easiest choice for these women in rural Odisha

Dahanaput, a small hamlet in a remote corner of Odisha, is rewriting the story of child malnutrition as they commit to push their children towards a healthy future 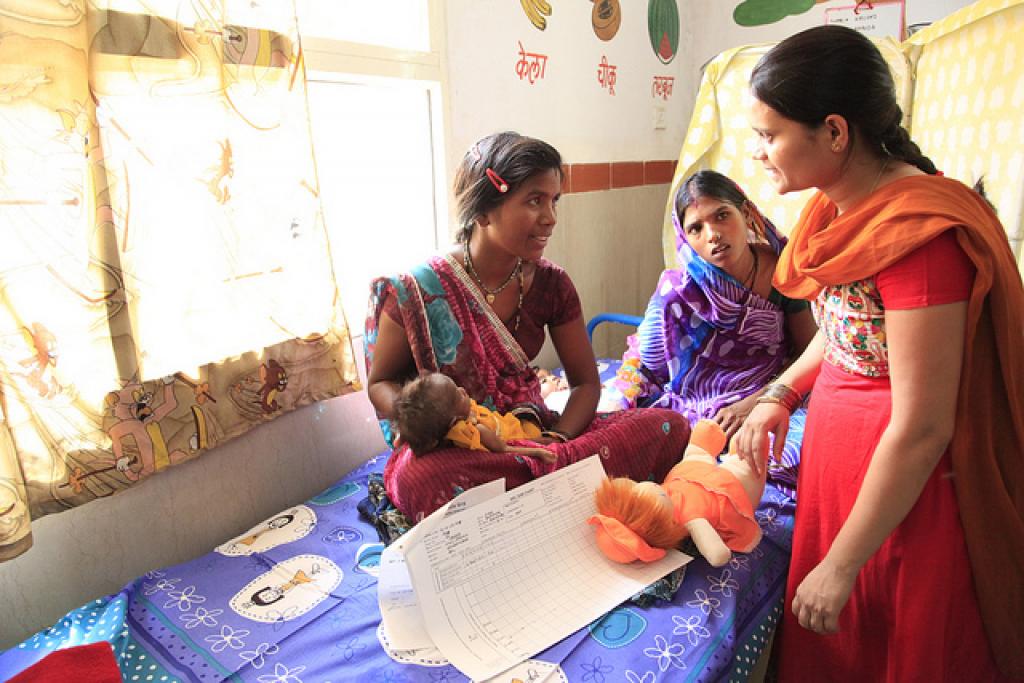 As the monsoon set in, Savitri, a resident of Dahanaput, was expecting her first child. Remotely placed in some inconspicuous corner of the Lampaput block, Dahanaput is one of the extremely backward villages in Koraput—a tribal district in Odisha. Being situated in a hilly terrain, it often becomes very difficult to navigate through this area, especially during the monsoon. Since conception, Savitri was utterly worried about reaching the maternity centre when the time of delivery comes, as the local health care facility was quite a few kilometres from her village, and it becomes very difficult to travel long in the rains.

So it was a great relief for her, when the members of SPREAD (Society for Promotion of Rural Education and Development), a grassroots-level partner NGO of CRY, assured her of support. They enrolled her into the nearest anganwadi centre which is 2 km away. Regular monitoring, health check-ups, sessions with other family members were carried out as well. She was advised to stay in the ‘Maa Gruha’ (a residential programme for the high-risk mothers, where they are introduced to ante-natal and nutritional care towards risk-reduced delivery) for 20 days and was also introduced to the concept of colostrum feeding and exclusive breastfeeding by the Auxiliary Nurse Midwives (ANM), a government health frontline worker.

Malnutrition has always been a major concern in Odisha, especially in the tribal terrains, where children and adolescents have been the worst sufferers. Issues like severe acute malnutrition (SAM) in children, low birth weight, anaemia in adolescents, pregnant and lactating women are extremely predominant in the state.  As per NFHS-4, 51.8 per cent women within the age-group of 15 to 49 years are anaemic, and 20.4 per cent children under the age of 5 years are wasted (weight-for-height) –which is higher than the national average.

Malnourishment is an outcome of many deep-rooted factors like underage pregnancy, poor child-feeding practices, lack of hygiene, inadequate medical facilities, age-old taboo and practices.  As the NFHS-4 data shows, 21.7 per cent girls of Odisha are married off under the age of 18 in rural areas, which elongates the period of reproductive age and when it couples with lack of family planning, they bear the burden of repeated pregnancy, compromising their health.

In rural Odisha, the infant mortality rate (IMR) is 43 per 1000 live births (NFHS-4), which is indeed a matter of concern. Nevertheless, there are positive footprints which prove that change is possible when community, government institutions and civil society organisations join hands.

In the small village of Dahanaput, the child health and nutrition scenario is no better. Thirty-five families inhabit Dahanaput, with 22 children in the category of 0-5 years. The anganwadi centre is two km from the village. Hence, none of the children go there. Different tribal groups, with diversified cultural ethos, live in the Lamtapur block and infant feeding practices in the 25 operational villages of this block had been disheartening. As a practice, breast milk is introduced to the new born only after 24 hours of birth, as colostrum is perceived to be harmful. Instead, varieties of pre-lacteal foods like honey, which is considered to be pious, are given. Colostrums and exclusive breastfeeding has always remained a story of the outer world.

But Savitri’s story –and the story of her yet-to-be-born child – started to take a positive turn when she regularly attended sessions arranged for expecting mothers. Since 2006, SPREAD has been working in backward districts of Odisha, including Koraput. Supported by ‘CRY – Child Rights and You’ and the state alliance called ‘Voices for Child Rights in Odisha’ (VCRO), they initiated a campaign called ‘Giving Children of Odisha – A Healthy Start’ in 2017 to tackle malnutrition in the intervention areas of Odisha. As a part of this campaign, regular sessions were conducted with the community members, adolescent girls, pregnant and lactating mothers on malnutrition.

When Savitri started to attend sessions for the mothers in waiting, her family members became equally enthused and joined her in preparing in advance for the newcomer in their family. They started planting spinach, banana, tomato and papaya in their kitchen garden so that the mother and the child in her womb were fed with a healthy and balanced food basket.

When the time of delivery came, Savitri availed the local ambulance service and was admitted to the community health centre at the Lamtaput Block, and in time, gave birth to a healthy baby boy with a perfectly satisfactory birth weight of 3.8 kg. The family members named him Vignesh, and ensured that the baby received colostrums—his first dose of immunity in the very first hour of his birth. They also pledged that they would help Savtri so that she can continue exclusive breastfeeding to the baby and that all necessary vaccinations for the newborn would also be carried out in time, as suggested by the NGO workers. Now Vignesh weighs more than 6 kg, which is a rare occurrence in the village.

“I am immensely happy that my child is healthy. I pledged for exclusive breastfeeding and maintained it even during the ‘Ekosia’ (a traditional ritual which is performed when a child is 21 days old). In due course, I’ll give him supplementary food, freshly cooked with the vegetables from my kitchen garden,” says a beaming Savitri, as she sings a lullaby to the child. She also makes it a point that she will urge to all expecting mothers to do the same, as it ensures the best for their children.

And the story does not end here. Her family has talked about it in the village, and with the help extended by the NGO, they have already supported 13 adolescent girls to come up with their own patches of kitchen garden. Not only that, the tribal community now realises that colostrum is the first immunisation a baby requires, because it contains large quantities of antibodies essential to fight diseases at an early age and it gives the child her first immunity. Over the last six months, the project area has accounted for 29 lactating mothers, out of 32, recording colostrum feeding within the first hour of delivery and practicing exclusive breastfeeding as well.

Savitri’s story is not just a stand-alone one from a remote village in Odisha, but is one among the many that proves that changes are possible, if we are ready to change. It is indeed a great piece of hope, when it comes to address the issue of child malnutrition in Odisha.